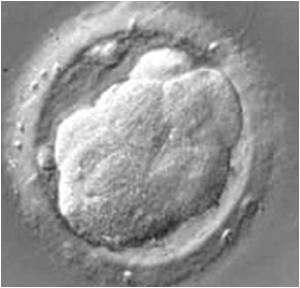 Opting for in-vitro fertilization to conceive increases the chances of the baby being a boy, a new survey published in the British Journal of Obstetrics and Gynaecology reveals.

Researchers from the University of New South Wales in Australia studied more than 14,000 live births in fertility clinics in Australia and New Zealand over a period of four years between 2002 and 2006 and found that while the natural chance of the baby being a boy was 51 percent, it shot up to 56 percent when conceived using IVF treatment.

However the chances of the baby being a girl increased when intracytoplasmic sperm injection (ICSI) treatment was opted.


The editor-in-chief of the BJOG Professor Philip Steer said that prospective parents should be made aware of the possibility of a particular treatment influencing the sex of the baby, adding that an imbalance in the secondary sex ratio (SSR) should not be created unintentionally.

Encyclopedia section of medindia briefs you about the Genetics of Male Infertility
Advertisement
"t is important that we don't allow such imbalances to occur unintentionally, simply because we have neglected to study the factors that influence the secondary sex ratio in the increasing proportion of the population who use assisted reproductive technology", he said.

Infertility is a condition wherein couples fail to achieve pregnancy or if the woman has been unable to carry a pregnancy that results in a live birth.
Advertisement
<< Genetic Mechanism Causes Alzheimer's, Diabetes
Sparsh to Help Poor Kids With Muscular Problems >>

Indian Medical Journals Sinopril (2mg) (Lacidipine) Blood - Sugar Chart Iron Intake Calculator Drug - Food Interactions Find a Hospital Daily Calorie Requirements The Essence of Yoga Diaphragmatic Hernia Calculate Ideal Weight for Infants
This site uses cookies to deliver our services.By using our site, you acknowledge that you have read and understand our Cookie Policy, Privacy Policy, and our Terms of Use  Ok, Got it. Close
×