IUDs can Decrease the Incidence of Cervical Cancer 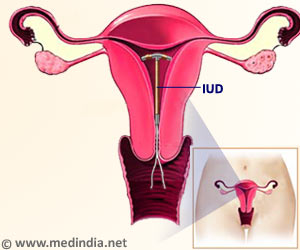 According to the World Health Organisation (WHO), approximately 528,000 women were diagnosed with cervical cancer worldwide in 2012, and 266,000 women died from the disease making it the third-most-common cancer in women worldwide.

Advertisement
‘The placement of an intrauterine device stimulates an immune response in the cervix, giving the body an opportunity to fight an existing human papillomavirus (HPV) infection that could one day lead to cervical cancer.’

The WHO projects that by 2035 these numbers will climb to more than 756,000 and 416,000, respectively. The findings showed that using IUD can dramatically decrease the incidence of cervical cancer by a third.


"The possibility that a woman could experience some help with cancer control at the same time she is making contraception decisions could potentially be very, very impactful," said lead author Victoria Cortessis, Associate Professor at the University of Southern California, in the US.
Advertisement
For women in developing countries, where cervical cancer prevention resources such as the human papillomavirus (HPV) vaccine or regular cervical screenings are scarce, a contraceptive that offers protection against cervical cancer could have a profound effect.

"A staggering number of women in the developing world are on the verge of entering the age range where the risk for cervical cancer is the highest -- the 30s to the 60s.

For the study, published in the journal Obstetrics and Gynecology, the team included data from 16 high-quality observational studies involving more than 12,000 women worldwide.

As per some scientists, it is the placement of an IUD that stimulates an immune response in the cervix, giving the body an opportunity to fight an existing HPV infection that could one day lead to cervical cancer. Another possibility may be that when an IUD is removed, some cervical cells that contain HPV infection or pre-cancerous changes may be scraped off.

Source: IANS
Advertisement
<< Avoid Outdoor Activities as Pollution Rises in Delhi
A Little Stress may be Good for Your Health >>

IUD After Abortion Effective In Preventing Unwanted Pregnancies
Insertion of intrauterine devices (IUDs) after an abortion is far more effective than any other ......

Health Screening for Women
Health screening in women between 40 and 60 years helps to diagnose health issues in the early stage...

Uterine Cancer
Uterine Cancer or Cancer of the Uterus (or Endometrial Cancer) refer to cancers affecting the uterus...