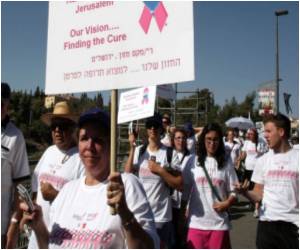 The Ministry of Health in Israel has reported cancer to be the primary cause of death in the country.

The Department for National Cancer Registration in the Ministry of Health came up with the data on which the report was based. Every year 28,000 new cancer patients are identified, with 11,000 succumbing to the disease. There was an increase in cancer patients in every age group, with one in every 4.5 men and one in 6 women developing the disease. The possibility of developing cancer over the age of seventy has increased considerably.

To commemorate  International Cancer Day, the 4th of February, the Ministry of Health and the Israel Cancer Association (ICA) has announced some more alarming information.  It was predicted that one in three Israelis will get cancer. The ICA urged people to change habits and lifestyles to start dealing with this epidemic.


Miri-Ziv, Director-General of ICA, said that smoking, alcohol, and exposure to the sun need to be cut down. People needed to learn to eat healthily, lose weight and exercise regularly to tackle this problem.

Dr. Ronni Gamzu, the Director-General in the health ministry announced that legislation would be initiated to encourage cancer prevention.