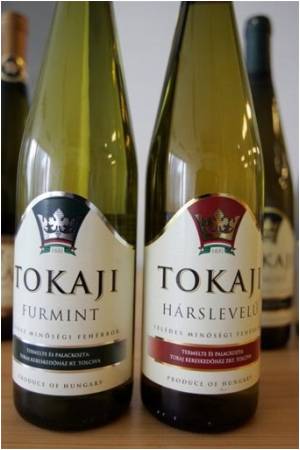 In Slovakia, the first Central European country to host one of the world's top five wine competitions, France burnished its winemaking credentials by winning the prestigious Concours Mondial de Bruxelles (CMB) at the international wine contest.

The host country's little-known wines took sixth place, continuing a streak of success in some of the world's most prestigious competitions.

Slovakia tied with their world-renowned French cousins based on the percentage of medals awarded, taking into account the number of wines submitted.

Slovak wines wowed at the top-rated Vinalies Internationales Paris in March, winning nine gold and 38 silver medals to outperform even France, not to mention better-known wines from nearby Bulgaria, the Czech Republic and Hungary.

During its nearly twenty-year history, the Belgium-based CMB has taken place in seven Western European nations before heading east this year to Slovakia for the first time. Brussels will host next year's competition.

"It was more than normal that we eventually moved to Central Europe," CMB chief Thomas Costenoble told AFP at the launch of the event last Friday.

"It's an opportunity for jury members to discover new grape varieties they didn't know in traditional countries," he said.

Partial Smoking Ban To Be Made Law In Slovakia
Slovakia's parliament on Tuesday passed a bill that partially bans smoking in restaurants but ......

Family Members Bring Out New Range of Mandela Wines
Family members of Nelson Mandela have come out with a new 'House of Mandela' range of wines....

Wine Lovers Unhappy Due to Rising Alcohol Levels
Fed up with having to stop drinking wine after just one glass? Do those New World Cabernets and ......