In 'Exceptional' Cases Euthanasia Should Be Permitted: French Medical Body 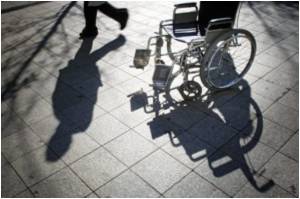 Euthanasia should be allowed in exceptional cases and when suffering patients make "persistent and lucid requests according to France's medical ethics council.

Invoking a "duty to humanity," the body said that euthanasia should be reserved for "exceptional cases" like putting an end to "prolonged suffering" or "unbearable" pain.

President Francois Hollande had referred a report on allowing assisted suicide to the council to examine the precise circumstances under which such steps could be authorised with a view to producing draft legislation by June.


"The existing legislation does not meet the legitimate concerns expressed by people who are gravely and incurably ill," Hollande had said.

The report submitted to the council said physicians should be allowed to authorise interventions that ensure quicker deaths for terminal patients in three specific sets of circumstances.
Advertisement
In the first case, the patient involved would be capable of making an explicit request to that effect or have issued advance instructions in the event of him or her becoming incapable of expressing an opinion.

The second scenario envisages medical teams withdrawing treatment and/or nourishment on the basis of a request by the family of a dying patient who is no longer conscious and has not made any instructions.

The third would apply to cases where treatment is serving only to sustain life artificially.