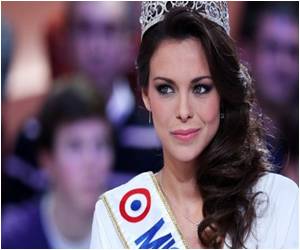 A compelling physiological explanation for the "beauty stereotype" is being provided by a new study, as to why human beings are wired to favour the beautiful ones.

Studies have shown that humans subconsciously attribute positive social qualities (such as integrity, intelligence, and happiness) to physically attractive individuals.

Even across cultures there exists a significant consensus on relative beauty: youthful facial features, including, for women, relatively large eyes, a relatively high craniofacial ratio, and a relatively small jaw.


Dr. I. Elia, an independent scholar at Cambridge University, bridges genetics, physical and social anthropology, and psychology to interpret the findings of the "farm fox experiment" in Russia to reveal "a possible and replicable demonstration of the origin of beauty while inadvertently illuminating its ancient philosophical connection to goodness via a plausible neurohormonal pathway."
Advertisement
Silver foxes (Vulpes vulpes) were selectively bred for "friendly" behavior toward humans.

Within 20 years, a tame line of communicative, trusting, and playful foxes was achieved.

That these neotenic changes resulted from genetically controlled alterations in friendly behavior may suggest that to humans, facial beauty signals an individual's relatively greater level of approachability and sociability.

The study is published in The Quarterly Review of Biology.

Top Beauty Foods to Look Younger and Glowing
Eating the right foods will enhance your beauty inside out. So, eliminate processed foods, refined ....

Superfood Pomegranate for Beauty and Wellness
Pomegranate is a naturally occurring mystical and miraculous superfood with multiple therapeutic ......