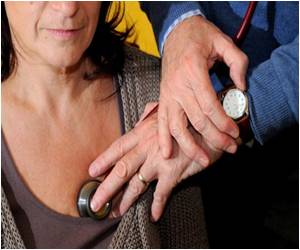 Due to both positive effects (reduced risk of cardiovascular disease) and negative effects (increased risk of breast cancer), HRT therapy has been subject to much discussion.

A paper published in the BMJ Group's Journal of Family Planning and Reproductive Healthcare back in January cast doubt on the "unreliable" Million Women Study which associated HRT with an increased risk of breast cancer.

Hormone Replacement Therapy can be likened to an 'oasis in the desert' for women in the throes of menopause.
Advertisement

Conflicting results have led clinicians to believe that time since menopause until HRT is initiated can account for differences in cardiovascular outcome. So authors from Denmark carried out a randomised trial over 10 years with additional six years of follow-up to establish whether HRT can reduce cardiovascular risk if it is started early after menopause.


1006 women (504 in HRT group and 502 in non-HRT group) were included in the study and all were white, healthy, recently menopausal and aged 45-58 years old. Women who'd had a hysterectomy were only included if they were aged 45-52. Exclusion criteria were if they had a history of bone disease, uncontrolled chronic disease, previous or current cancer, current or previous use of HRT within the past three months and alcohol or drug addiction. All data on diagnoses or death were taken from the Danish Civil Registration System and National Hospital Discharge Register. The primary end-point was a combination of death and hospitalisation for a heart attack or heart failure.

A detailed review of potential environmental risks of breast cancer has found that the risk of breast cancer increases in women who undergo post-menopausal hormone replacement therapy.
Advertisement
After 10 years of randomised treatment the women were encouraged to discontinue the use of HRT due to the results from the Women's Health Initiative and the Million Women Study. During this period, 26 women in the non-HRT group died and 33 died or experienced a cardiovascular end-point, compared to 15 deaths and 16 deaths or cardiovascular end-points in the HRT group.

The study also found that women who had undergone a hysterectomy and younger women taking HRT had a significantly reduced risk of death or breast cancer.

The authors conclude that women treated with long term HRT early after menopause "had significantly reduced risk of mortality, heart failure, or myocardial infarction [heart attack], without any apparent increase of cancer, venous thromboembolisms [DVT] or stroke." However, they stress that "due to the potential time lag longer time may be necessary to take more definite conclusions."

A new study has found that prolonged use of any type of hormones to ease the symptoms of menopause can increase the risk of breast cancer.
Advertisement
<< Genetic Mutation Linked to Psychiatric Disease and Obesity ...
Restrict Intake of Fish During Pregnancy >>

Biggest Indicators of Breast Cancer Risk are HRT and Obesity