How to Stop Teens from Texting While Driving? Try Money 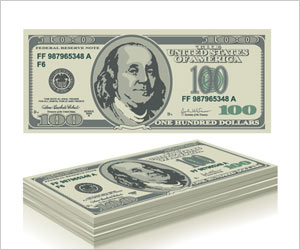 Most teens are willing to stop texting while driving with an app-based strategy and financial incentives, but are not willing to give up music and navigation apps, revealed Penn Medicine and CHOP study.

However, while more than 90 percent of teens surveyed said they were willing to give up sending or reading text messages, almost half indicated that they would want to retain some control over phone functions such as music and navigation. Results of the survey are published in the journal Traffic Injury Prevention.

Advertisement
‘Drivers 15- to 19-years-old are more likely than any other age group to die in crashes caused by cellphone-related distractions.’

"More than half of teens in the United States admit to texting while driving, and this has become a significant public health issue leading to preventable deaths and disabling injuries," said study lead author Kit Delgado, MD, an assistant professor of Emergency Medicine at Penn. "Our study suggests a promising strategy to curb this epidemic would include enabling a phone setting or third party app with automatic responses to incoming texts, but with navigation and music functions accessible, combined with financial incentives to sustain use."


For example, Delgado suggests this could be accomplished by enabling the 'Do Not Disturb While Driving' setting on an iPhone to automatically turn on while the car is in motion and enrolling in an auto insurance program that offers financial incentives for using apps to track driving behavior, which have begun to emerge in the past year. Car crashes are the leading cause of death for American teens, and as cellphone use has become ubiquitous over the past two decades, texting while driving has become a significant factor in these accidents. The National Highway Traffic Safety Administration (NHTSA) has recommended a "Driver Mode" on smartphones--similar to the existing "Airplane Mode"--to limit use while driving. Since last year, the operating system for iPhones, iOS, has had a "Do Not Disturb While Driving" mode that locks the phone screen, blocks incoming texts and sends automatic text responses, and limits incoming phone calls. But, the settings are optional. To better understand the barriers to widespread teen adoption of cellphone-limiting strategies, he and his colleagues decided to ask some teens.
Advertisement
"Apps and settings aimed at reducing cellphone distraction while driving can only be effective from a population health standpoint if they are widely adopted," Delgado said. The researchers contacted the parents of adolescents who had previously been seen across the CHOP Care Network, and invited them to sign up their 16- and 17-year olds for a survey. The investigators ultimately received survey responses from 153 teens who met the study criteria, which included texting while driving in the past month and driving their own car.

The vast majority of the teens indicated that they were "willing" or "somewhat willing" to give up reading emails (99 percent), social media apps (99 percent), sending texts (96 percent), reading texts (91 percent), and making or receiving non-hands-free calls (94 and 91 percent, respectively) while driving. Far fewer of them were willing or somewhat willing to give up music apps (55 percent) or navigation apps (40 percent). About half of the teens in the sample reported "high frequency" texting while driving - defined as more than six days per month. These teens showed markedly less willingness to give up cellphone uses while driving. For example, 73 percent indicated they were unwilling to give up navigation apps compared with just 44 percent of the overall sample.

The researchers asked the survey participants to consider several possible factors or strategies that could discourage them from texting while driving, such as an annual insurance premium discount, or a cash reward for every week in which they don't text and drive. Most of the teens indicated that financial incentives would be "very effective," but many (54 percent) also indicated that automatic phone locking while driving would work. All in all, the findings suggest that teens might widely and voluntarily adopt a "Driver Mode" app or phone setting that automatically blocks or limits text and call functions while allowing navigation and music functions, especially if combined with a financial incentive.

"One scalable way to provide a financial incentive would be to offer teens auto insurance discounts, based on actual driving performance and phone use as measured by in-vehicle devices or smartphone apps, which are becoming more common and hold tremendous promise with the shift to usage-based insurance (UBI)," Delgado said. "These programs adjust insurance premiums and provide financial incentives based on directly observed driving behaviors. Our research team is currently conducting studies aimed at figuring out how to design UBI programs to sustainably reduce handheld cellphone use while driving." It's estimated that there are 16 million UBI subscribers currently in the U.S., which will increase to 60 million by 2023. Furthermore, Delgado says the industry is shifting from in-vehicle devices to smartphone apps that can now directly measure cellphone use while driving.

When asked why they wouldn't want to use cellphone apps that monitor driving behavior, the survey participants cited an aversion to letting parents monitor their behavior - which they believed such apps would facilitate - as their top reason. A modest financial incentive may be enough to outweigh such concerns, Delgado said, though he noted that "we need a better understanding of how to design interventions that optimally balance parental engagement and acceptance by teens."

Despite Knowing Dangers of Texting While Driving, Teens Do It Anyway
Teens know the dangers of driving and cellphone use, yet do it anyway, revealed a new study....

New App That Stops Teens from Texting While Driving Developed
TXTShield app developed by a pair of entrepreneurial brothers in Florida will get people to put ......