How the Immune System Protects Children from Malaria Decoded 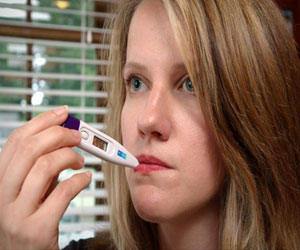 Children who live in areas where malaria is common can mount an immune response to the infection that may enable them to avoid repeated bouts of high fever and illness, according to a study published today in PLOS Pathogens.

The findings may help researchers develop future interventions that prevent or mitigate the disease caused by the malaria parasite.

Each year, approximately 200 million cases of malaria occur worldwide, resulting in roughly 627,000 deaths (mostly children less than the age of 5 years living in sub-Saharan Africa). In 2013, 97 countries had ongoing malaria transmission, according to the World Health Organization. Unlike individuals who are newly exposed to malaria, people living in malaria-endemic regions often do not experience malaria-induced fever and manage to control parasite numbers in the bloodstream. To better understand why, researchers analyzed immune cells from children in Mali who are bitten by malaria-infected mosquitos more than 100 times per year, yet experience malaria fever only two times per year on average. The scientists collected blood samples from children on three occasions: before the start of the six-month malaria season; seven days after each child had been treated for his or her first malaria fever of the season, when symptoms had cleared; and after the subsequent six-month dry season, when little to no malaria transmission occurs.


To simulate malaria infection at these time points, researchers exposed the immune cells to malaria parasites in a test tube. They found that immune cells collected before the malaria season responded by producing large amounts of molecules that cause inflammation, fever and other malaria symptoms. Conversely, cells collected after the first bout of malaria fever responded by producing molecules that control inflammation and destroy the malaria parasite. The third set of immune cells (those taken after the dry season when there is an absence of malaria exposure) lost their ability to produce molecules that control inflammation, leaving children susceptible again to malaria fever. According to the authors, this immune response, which appears to depend on ongoing exposure to malaria parasites, may have evolved to protect young children from potentially life-threatening inflammation and unchecked parasite growth in the face of repeated malaria infections, before they acquire antibodies that reliably protect against the onset of malaria symptoms.
Source: Eurekalert
Advertisement
<< Shale Gas Extraction in UK may Pose a Risk to Public Health...
New Perspective on Sepsis Published by Feinstein Institute ... >>