Hospitalizations may Cause Temporary Memory Loss in Elderly 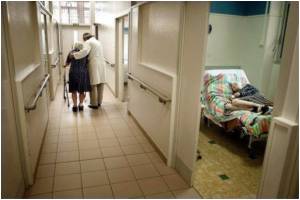 Hospitalizations may cause temporary memory loss and difficulty in understanding discharge instructions in older patients, according to a new study.

The Northwestern Medicine study found that the seniors go back to normal one month after the hospital stay.

But immediately following a hospitalization is a critical time in which seniors may need extra support from healthcare professionals and family, said Lee Lindquist, the lead author of the study.


"A helper on the day of discharge could make sure a senior understands discharge instructions and help her get home and follow instructions safely," said Lindquist.

The human brain is exquisitely intrinsic and is the seat of all emotions. If you are curious about what makes you bad, sad, silly or glad this quiz on the brain will satiate you.
Advertisement
"If a patient is by herself the day of a hospital discharge, it's possible that she won't comprehend complicated medical instructions, increasing medication errors and chances of re-hospitalization," he said.

The study enrolled more than 200 seniors, age 70 and older, who lived on their own in the Chicago area and were not diagnosed with dementia or other cognitive problems.

At the time of discharge, cognition tests were administered to examine mental status. Almost one-third had low cognition that was previously unrecognized.

One month later, 58 percent of those patients no longer had low cognition. They had significant improvement in areas of orientation, registration, repetition, comprehension, naming, reading, writing and calculation.

The study was published online in the Journal of General Internal Medicine, March 2011.

Ageing is referred to the accumulation of changes that brings a person closer to death.
Advertisement
<< Genes That Slow Down Ageing Process Identified
Non-Cardiac Surgery Is Safe For Patients With Heart Device ... >>