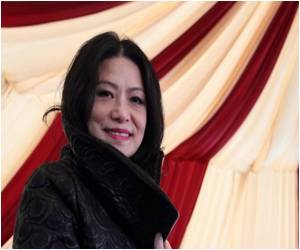 Hong Kong police reported that they may seize designer handbags with knuckleduster-style handles from fashion-conscious women travelling through the city's airport.

British designer firm Alexander McQueen is one of the more notable producers of the bags, which sell for up to $3,000 apiece and feature handles closely resembling the metal weapons, which are slipped over the fingers for a potentially deadly punch.

"What we are after is not that brand of bag, but we have to find out whether or not the fashion accessory is similar to a knuckleduster," a police spokeswoman told AFP.


"We have to determine whether the design would present any dangers to aviation," she added.

Knuckledusters are banned in Hong Kong, she said, adding that other fashion accessories aside from McQueen bags sporting similar designs could also be at risk of seizure.
Advertisement
She added that passengers could be asked to put offending items in their checked-in luggage.

The knuckleduster clutch has become increasingly popular after American pop star Rihanna was seen with an Alexander McQueen version.

Hong Kong police seized 12 knuckledusters at the airport in the first three months of the year and seized 38 in 2012. It is unclear whether any of them were attached to designer bags.

Any person found to be in possession of any restricted articles on an aircraft is liable to a maximum punishment of a HK$100,000 ($13,000) fine and a five-year prison sentence.

Waste Treatment in Hong Kong Reaching a Crisis Point
Environment activists are criticizing the waste treatment of Hong Kong which they believe is ......

Snake Kings of Hong Kong Stand the Test of Time
Traditional arts are facing a huge challenge from modern trends in South Asia these days....