Holiday Weight Gain can be Reduced With Healthy Lifestyle 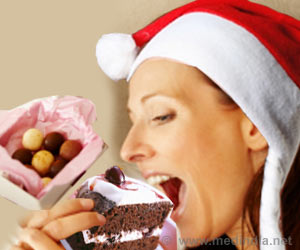 MRI imaging technology has been used to assess the changes that occur due to moderate exercise and Mediterranean or a low carb diet, reveals a new study.

The new, long-term diet study was published in the high impact American Heart Association journal, Circulation, which is the first time to plot the diverse changes in an array of body organ fat storage pools during 18 months of the study.

Advertisement
‘Moderate exercise and consuming a Mediterranean or a low carb diet reduces the storage of fat in the body and thereby reducing body weight.’

The CENTRAL MRI is a randomized, controlled trial conducted at Ben-Gurion University of the Negev (BGU), in collaboration with the Dimona Nuclear Research Center and Soroka University Medical Center in Israel, as well as Harvard University and Leipzig University in Germany.

"Weighing patients or using blood tests to detect changes, hasn't, until now, given us accurate pictures, literally, of how different fat deposits are impacted disproportionately by diet and exercise," says Prof. Iris Shai, the primary investigator of the CENTRAL MRI trial.

"These findings suggest that moderate exercise combined with a Mediterranean/low carb diet may help reduce the amount of some fat deposits even if you don't lose significant weight as part of the effort."

In the study, even with only moderate weight loss, the Med/LC diet was found to be significantly superior to a low-fat diet in decreasing some of the fat storage pools, including visceral (abdominal deep), intra-hepatic (liver), intra-pericardial (heart), and pancreatic fats. However, fat deposits in renal-sinus (kidney), femoral-intermuscular or the cervical (neck) were only altered by weight loss and not by specific lifestyle strategies.

The various fat deposits exhibited highly diverse responsiveness to the interventions, along with moderate, long-term weight loss. In general, the greatest fat deposit decreases were hepatic (-29 percent), visceral (-22 percent) and intra-pericardial (-11 percent). Pancreatic and femur intermuscular fat deposits were only reduced one to two percent.

"We learned in this trial that moderate, but persistent, weight loss may have dramatic beneficial effects on fat deposits related to diabetes and cardiovascular diseases," Prof. Shai explains. A Mediterranean diet, rich in unsaturated fats and low in carbohydrates, was a more effective strategy than an iso-caloric low-fat diet to dramatically reverse morbid fat storage sites.

The 18-month trial included 278 sedentary adults in an isolated workplace, the Nuclear Research Center, with a monitored lunch provided. The participants were randomized to iso-caloric low-fat or Med/LC diet+28gr walnuts per day with or without an added moderate workout at least three times weekly and a supervised, free gym membership.

The CENTRAL MRI trial followed the groundbreaking DIRECT two-year trial (NEJM 2008) and its four-year follow-up (NEJM 2012). These found that Med/LC diets were effective in improving the cardio-metabolic state and in reversing carotid atherosclerosis (Circulation 2010).

Based on those findings, the researchers asked whether internal body fat redistribution, rather than mild weight loss differences between the diets, may underline the significant health benefits attributed to Med/LC diets.

The researchers also found that the decline in hepatic fat and each one of the abdominal fat deposits had specific related health outcomes. After controlling for several parameters, losing visceral fat or hepatic fat were independently associated with improved lipid profile.

"In conclusion, the CENTRAL study demonstrates that improving nutritional quality and being physically active can improve cardio-metabolic risk markers through changes in visceral/ectopic fat deposits that are not reflected by changes in body weight alone," Prof. Shai says.

Weight Gain Management For Women In Their 50's and 60's
Women gain weight an average of 1.5 pounds every year which can lead to heart diseases, high blood ....

Going to Bed Late May Lead to Weight Gain
Do you sit with your favorite novel or watch movies late at night and spend lesser hours sleeping? ....