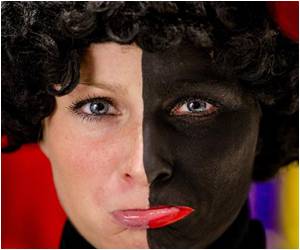 A new study suggests that people may not recognize some types of discrimination unless they have high self-esteem. "The perpetrator is very unlikely to admit to discriminating against someone," said Dr. Wendy Quinton, study author from the University at Buffalo.

The study focused on Asian-Americans as targets of racial prejudice and discrimination, an under-studied group in the scientific literature.

"It's unfortunate, but if targets don't call attention to discrimination, it's unlikely that anyone else will," Quinton added. Quinton said the difficulty of coming forward is compounded by previous research findings showing how people who identify themselves as victims of discrimination can be viewed negatively by others, who often see targets as complainers, even when there is clear and indisputable evidence of unfair treatment.


And though this type of overt racism is still present in society, a more subtle discrimination exists as well. "Most of the discrimination people face in modern society is ambiguous," said co-author Mark Seery. "So, the responsibility of attribution is on the target. And that's when self-esteem really matters," Seery added.
Advertisement
Quinton concurred and added that self-esteem is a personal resource "for recognizing this kind of ambiguous prejudice. When prejudice is obvious, people are likely to make an attribution regardless of their level of self-esteem. When it's less clear, those with higher self-esteem are more likely to make an attribution than those with lower self-esteem."

The authors said the power of targets of prejudice uniting to confront discriminatory treatment can be viewed through historical movements, such as the American Civil Rights Movement, the Women's Movement, action on behalf of legalizing same-sex marriage and, most recently, the protests in Ferguson, Missouri.

Quinton said the basic idea of the study is that if you don't call attention to discrimination it is never going to be addressed.

The findings appeared in the journal Social Psychological and Personality Science.