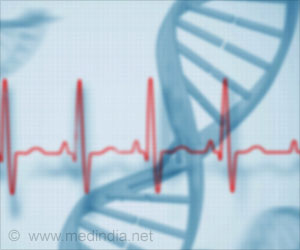 Some 134 genes have been implicated in causing congenital heart disease (CHD), a birth defect that affects eight in 1,000 newborns, according to the National Institutes of Health.

Specific genetic errors that trigger congenital heart disease (CHD) in humans can be reproduced reliably in Drosophila melanogaster - the common fruit fly - an initial step toward personalized therapies for patients in the future.

"Studying CHD in fruit flies provides a fast and simple first step in understanding the roles that individual genes play in disease progression," says Zhe Han, a principal investigator and associate professor in the Center for Cancer & Immunology Research at Children's National Health System and senior author of the paper published in eLife.


"Our research team is the first to describe a high-throughput in vivo validation system to screen candidate disease genes identified from patients. This approach has the potential to facilitate development of precision medicine approaches for CHD and other diseases associated with genetic factors," Han says.

For generations, doctors told women who were born with complex congenital heart defects that they should not have babies.
Advertisement
The research team led by Han used high-throughput techniques to alter the activity of dozens of genes in flies' hearts simultaneously in order to validate genes that cause heart disease.

"Our team was able to characterize the effect of these specific genetic alterations on heart development, structure and activity," Han adds. "The development of the human heart is a complicated process in which a number of different cell types need to mature and differentiate to create all of the structures in this essential organ. The precise timing of those cellular activities is critical to normal heart development, with disruptions in the structure of proteins called histones linked to later heart problems.".

Of 134 genes studied by the research team, 70 caused heart defects in fruit flies, and several of the altered genes are involved in modifying the structure of histones. Quantitative analyses of multiple cardiac phenotypes demonstrated essential structural, functional and developmental roles for these genes, including a subgroup encoding histone H3K4 modifying proteins. The scientists then corroborated their work by reliably reproducing in flies the effect of specific genetic errors identified in humans with CHD.

"This may allow researchers to replicate individual cases of CHD, study them closely in the laboratory and fashion treatments personalized to that patient specifically," he adds. "Precise gene-editing techniques could be used to tailor-make flies that express a patient's specific genetic mutation. Treating CHD at the level of DNA offers the potential of interrupting the current cycle of passing along genetic mutations to each successive generation."

Congenital heart disease is the most common pre-existing health condition in newborns, ranging from 5 to 15 of every 1000 live births.
Advertisement
<< New Clues into the Link Between Aggression and Autism Spect...
Identifying Epilepsy Drug Using Zebrafish Model Shows Promis... >>