Hide Valuables in the Sand With the New Beach Vault 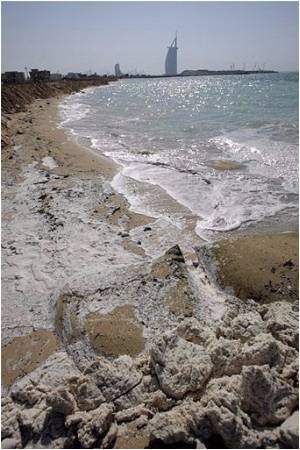 Hiding personal items like purse, keys and money on the beach is now easy thanks to a plastic vault that can be screwed into the sand.

The Beach Vault, which has been developed by entrepreneur Marcal DaCunha, has a waterproof lid to keep out any liquids and then covered by a towel and pillowcase, News.com.au reported.

DaCunha, who is a pastor from New Jersey, has admitted that the capsule isn't thief-proof, but the belongings will be safer undergroud than out in the open.


The vault, which is expected to be retailed for 33 dollars, was designed by DaCunha and his, and they have developed a functional prototype and are now trying to raise money on Kickstarter to manufacture the Beach Vault.

A number of disabled tourists in Greece are taking advantage of technology to enjoy the experience of dipping their toes in the sea.
Advertisement
<< Tip Sheet by the Annals of Internal Medicine
Self Controlling Behaviour of Partner may Influence Decisio... >>

How to Choose the Best Eczema-Friendly Moisturizer for Children?
View all
News Archive
News Resource
Advertisement
News Category
Traumatic Brain Injury may Now be Treated Through Immune System Monkeypox Cases in United States Can Dogs (as Pets) Help Reduce the Risk of Inflammatory Bowel Diseases? Playing Video Games may be Beneficial for LGBTQ+ Youth Monkeypox Doesn't Spread Easily by Air Like COVID, Says US CDC
More News
Sign up for Wellness Consult a Doctor Sign up for Selfcare