Almost eighty percent of organ donations that happen in India today are through live donations and only a mere 20 percent is through cadaver donations. However, with the size of average family going down, the number of relatives who can legally donate an organ are limited.

According to the health ministry, about 5, 500,000 people die every year in India due to non-availability of organs for transplantation. In an attempt to reduce the gap between the demand and supply, the government has proposed the expansion of the "near relative" category to include extended family members including cousins, in-laws, step parents and their siblings.
Near Relatives Category in the Transplantation of Human Organs Law Likely to be Expanded


What is organ donation and who can donate?


‘Government is considering to expand the near relative category in the Indian law for organ donation to include extended family members like step-parents, cousins, aunts, uncles, in-laws and some others.’


Organ donation is the act of giving away one's organs with informed consent to another person who is in need of the organ. The act of donation should be altruistic in nature; without expecting anything in return.

Organs can be donated by the following -

Organ donation was legalized in India in 1994 with the enactment of the la called 'Transplantation of Human Organs Act'(THO Act, 1994). It allowed the removal, storage and transplantation of human organ for therapeutic purposes. It was introduced to restrain organ trafficking in the country.

Further amendment took place in the year 2011 and new rules were framed in 2014. The new amendment extended the relatives who could donate to grand-parents and grandchildren and imposed tough measures to stop organ commerce including up to Rs.10 million fine and 10 year imprisonment in case of violation of the law.

Today there are two types of live donations that are happening. One is the live related organ donations; where "near relatives" of the recipient can voluntarily donate either one kidney or a portion of their liver. This requires that the genetic relationship between the donor and the recipient is proved and involves less paperwork and formalities. The second type is the live unrelated donations; where individuals who have an emotional attachment with the recipient are allowed to donate. However, in this case the laws are more stringent and the motive for donation is thoroughly assessed by the authorization committee before giving the nod for donation to take place.

The new inclusion of grand-parents and grandchildren has not significantly increased the availability of organs for individuals in need. This was because in most cases the grandparents were too old to donate and the grandchildren too young.

The Ministry of Health and Family Welfare has published a circular which asks for public opinion on expanding the "near relative" category to other members of the family. Opinions and comments may be sent to amendmenahota@gmail.com preferably by 25th September, 2017.

The near relative category is proposed to include:
The government has also asked for any other suggestion to change the law to help the organ donation program move forward by increasing the donor pool. The dangers of broadening this category of live donors may mean that the chances of organ commerce will increase. Most experts feel that even now this category that is being considered to be included can approach the authorization committee rather than be allowed to donate without any checks. Rather than implementing such changes the government needs to help improve the cadaver donation from brain death individuals and make all this possible in government hospitals. Currently 90% of all organ transplants happen in private hospitals whereas 90% of all cadaver donors languish in government hospitals where no one counsels their family for organ donation. If better systems are put in pace more donations can happen and this would mean more organs for the needy.

Demand and Supply Ratio of Organ Donation is Screwed Up
Every year, 90% people in need of a critical organ to save their life end up facing death due to unavailability of donors.
READ MORE 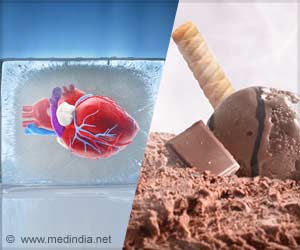