Nearly one-half of the black-white survival disparity in colorectal cancer patients might be due to the difference in health insurance coverage.

The study, published in Gastroenterology, reinforces the importance of equitable health insurance coverage to mitigate the black-white survival disparity in colorectal cancer.


‘Colorectal cancer incidence and mortality rates continue to be higher in blacks than in whites.’


For the new study, investigators led by Helmneh Sineshaw, M.D., MPH, at the American Cancer Society with collaborators from Dana-Farber Cancer Institute at Harvard Medical School, focused on the impact of access to care on black-white survival disparity. They looked at 199,098 CRC patients ages 18 to 64 in the National Cancer Database.

"These findings reinforce the importance of equitable health insurance coverage to mitigate the survival disparity between black versus white CRC patients in this age range and underscore the need for further studies to elucidate reasons for racial differences in tumor characteristics," write the authors.

In October, an American Cancer Society study found that differences in insurance explained one-third of the black-white difference in women with early-stage breast cancer. 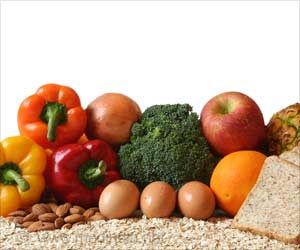 Whole Grains Can Lower The Risk of Colorectal Cancer
Whole grains which include brown rice, breads made from rye, barley, oats can reduce the risk of colorectal cancer.
READ MORE