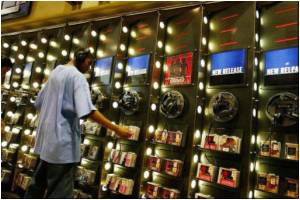 Sotheby's auction house said that the score, which was discovered in a private collection in 2004 having been presumed lost after its 1908 St Petersburg premiere, was bought by a private collector.

It is thought to be the sole surviving handwritten manuscript of the symphony, and has been on display at the British Library in London since 2005.


The symphony, in E minor, was created in Dresden for a set of concerts organised by Rachmaninov's cousin.

The score -- heavily notated in black ink -- was due to go on sale in 2004, but Rachmaninov's family demanded it be withdrawn, saying they were the rightful owners. An agreement was reached in 2005.

Musical Training may Increase Blood Flow to the Brain

Blood flow in the left hemisphere of our brain increases with brief musical training as found by the researchers of the University of Liverpool.
Advertisement
<< Hepatitis C Pandemic Could be Curbed Via Paper-Based Diagno...
Prolaris Test Accurately Predicts Mortality Risk in Prostat... >>

Professional Musicians Have Four Times the Risk of Deafness

What is the idea behind music as a healing therapy? The position of Indian classical music in this genre of healing, though proven through the ages, has not been written about as much as it ought to.
Advertisement
News A-Z
A B C D E F G H I J K L M N O P Q R S T U V W X Y Z
What's New on Medindia

Noscaphene (Noscapine) Color Blindness Calculator Iron Intake Calculator Pregnancy Confirmation Calculator Accident and Trauma Care Loram (2 mg) (Lorazepam) How to Reduce School Bag Weight - Simple Tips Find a Doctor Daily Calorie Requirements Sanatogen
This site uses cookies to deliver our services. By using our site, you acknowledge that you have read and understand our Cookie Policy, Privacy Policy, and our Terms of Use