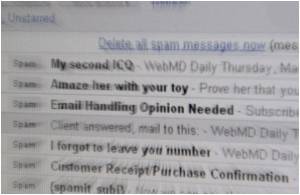 The group that has been posting private emails, correspondences leaked during the hack attack on Sony Pictures has said that it will give the employees a chance to prevent their emails from being revealed on the internet if they write a message to the group.
Advertisement

The group, that calls itself "Guardians of Peace," said that they wanted the company's employees to write a message to the group specifying their names and business titles, reported the CNET.


The message also promised that "more interesting" data was on its way and in great quantities.

The discreet information includes the aliases used by celebrities to avoid being detected and racist slur used by Sony Pictures co-chair Amy Pascal for President Barack Obama amid others.

More News on:
What you need to Know About Workplace Employee Wellness Programs & Corporate Wellness Portals

US Supreme Court Debates If Online Threatening Comments are Free Speech
The US Supreme Court will consider a case about whether death threats posted on Facebook are liable ...