Two mugs of green tea every day can greatly reduce the risk of dying from cardiovascular disease, according to a new study.

To reach the conclusion, researchers from Okayama University tracked the health of more than 12,000 elderly people living in Japan. The men and women were aged between 65 and 84.

In the study, the volunteers were asked to fill out questionnaires on lifestyle factors including details of diet, smoking and alcohol intake, reports The Daily Express.


During the following seven years more than 1,200 of the volunteers died.

However, when all questionnaires were analysed, scientists found that the more green tea the participants had drunk, the less likely they were to have died. This, especially, was true of cardiovascular disease.

Those drinking between 420ml and 560ml a day were up to 75 per cent less likely to have died of heart or circulatory­ disease than those who drank less than one cup each day.

The study has been published in the Annals of Epidemiology. 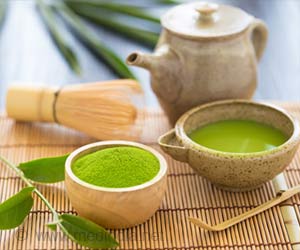