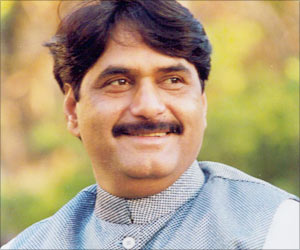 Gopinath Munde, rural development minister has tragically passed away after an accident in Delhi's Moti Bagh area. Munde was rushed to the AIIMS trauma Centre after his convoy got into an accident while he was enroute to Delhi's IGI Airport.

Transport minister Nitin Gadkari said that doctors tried to revive him but at 8am doctors declared that he passed away.

Healthcare experts feel that the increased demand for primary care services expected to result from the Affordable Care Act (ACA) may be felt strongly in rural areas.
Advertisement

Health minister Dr Harshvardhan added that the exact cause of death would be known only after the post mortem report is out.


Senior BJP leaders had rushed to the AIIMS trauma centre after Munde was admitted there early this morning.

Rural Areas in Kashmir to Get 800 GPS-fitted Ambulances

Patients in the rural areas of Jammu and Kashmir would be getting around 800 ambulances fitted with GPS and they only need to dial the toll-free number 102 to avail ambulance services.
Advertisement
<< Astronomers Discover New Planet That Weighs 17 Times as Muc...
Study Exposes Infection Risks in Home Health >>

City Dwellers' Health can be Boosted by Rural Microbes

Find a Doctor Blood Pressure Calculator Hearing Loss Calculator Post-Nasal Drip Iron Intake Calculator Find a Hospital Drug - Food Interactions Pregnancy Confirmation Calculator A-Z Drug Brands in India How to Reduce School Bag Weight - Simple Tips
This site uses cookies to deliver our services. By using our site, you acknowledge that you have read and understand our Cookie Policy, Privacy Policy, and our Terms of Use