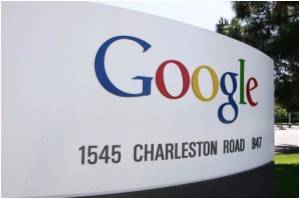 Germany said Friday that Google had agreed to address thorny privacy concerns before launching its Street View navigation service in the country, ending a row between the firm and Berlin.

Google "has agreed to start its new 'Street View' service only when all the objections raised by citizens have been fully taken into account," said Consumer Protection Minister Ilse Aigner in a statement after talks.


The groundbreaking technology, launched in the United States in 2007, has given rise to privacy concerns in Germany, which is especially sensitive to the issue due to abuses by the Nazis and communists in the past.

Officials were concerned that thieves could use pictures of private houses to gain illegal access and that photos of people were being published without their consent.

But before the service can go live in Germany, the firm has promised to black out properties if individuals raise concerns and also to make faces unrecognisable.

"What is private must remain private," said the minister.

A Google spokesman told AFP that the firm still intended to launch Street View in Germany this year. "There will be no delay," he said.

Google responded that it was not the only firm to be doing this and that German companies were carrying out similar operations.

Internet Guide in a Leaflet from Google
Google is churning out an internet guide in a leaflet to inspire more people to take to cyberspace.
READ MORE

Teen Reading Problems Could Crop Up Soon, Google Boss Worries
The boss of US Internet giant Google on Friday expressed concern that youngsters growing up in the mobile instant information age will develop a "deep reading" problem.
READ MORE