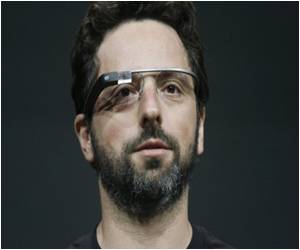 Washington, May. 1 (ANI): The Google Glass, which overlays digital information in the real world, could be water-proof, as a well known technology and social media personality has discovered.

Even though Google Chairman Eric Schmidt had said that there might be some places where the glasses might not be best to wear, technology expert Robert Scoble found that his personal shower is not one of those places, reports ABC News.

Scoble, who received his 1,500-dollar Explorer version of Glass two weeks ago, has been documenting his time with the wearable device on Google+.


Scoble said the photo was staged, but he wanted to show everyone that the device is water-resistant. He said he knew they would survive, as they were in a rainstorm last week. So he put them out under the shower to prove his point.

Google, however, does not suggest putting the device in water. It advises not to let the Glass device or battery come in contact with liquids, which if it gets into the electronic components, could lead to corrosion.

Google Glasses Hitting Market This Year
With an eye toward freeing people from unsocial habits engendered by emasculating smartphones, ......

Specs That Trick You into Eating Less, Coming Soon
Augmented reality (AR) headsets could soon be the virtual diet pill of the future. AR alters our ......