Going Mad About Football: Time for Some Myth-Busting 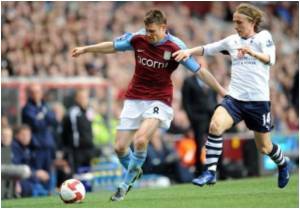 Did you know that when the seeds of football were sown in medieval England, villagers hoofed an inflated pig's bladder around a muddy paddock?

Today, though, the 22 players on the pitch are supported by a ghost squad of scientists drawing on biomechanics, physics, nutrition, psychology and other performance-enhancing disciplines.


Here are some examples of how science has helped to change football, answer riddles and end hearsay.


FAKING A FALL: How can you tell when a player is diving? One telltale is the "archer's bow," says British psychologist Paul Morris. This is when a player falls with both arms in the air, with open palms, chest thrust out and legs bent at the knee, like a sprung archery bow. "This occurs in many dives but biomechanically it does not occur in a natural fall," says Morris. "Instead, instinctively the arms go down in an attempt to cushion the fall or out to the side for balance."

NOW IT'S OFFICIAL: Those who say football is the world's most exciting game can take comfort in statistics. Footy beat four other major sports (American football, ice hockey, baseball and basketball) for "upset frequency" when the underdog won, according to data crunchers at Los Alamos National Laboratory in Mexico, whose 2006 study pored over top club results dating back to 1888. American football was the most predictable. Its "upset frequency" was a whopping 25 percent less than soccer.

STOPPAGE TIME: Unhealthy men should beware when watching a penalty shoot-out. Hospital admissions for cardiac arrests in England and Wales rose by 25 percent when England lost to Argentina on penalties on June 30 1998 and on the following two days after their World Cup tie. In the 1996 European Championships, the death rate in the Netherlands from heart attack or stroke went up by around 50 percent on the day when Holland were knocked out by France on penalties. In both cases, the sharp increases were only seen among men, not women.

HIGHS AND LOWS: High-altitude countries are known for the advantage they have when playing at home, when low-altitude opponents struggle in the thin air. Less well known: they retain an edge when playing away. A 2007 paper in the British Medical Journal (BMJ) looked at a century of results among international matches in 10 South American countries. In the case of two teams from the same altitude, the probability of the home side winning was 53 percent. This rose to 82 percent for an altitude difference of +3,695 metres (12,008 feet), as when high-altitude Bolivia were at home to sea-level Brazil. But it fell to 21 percent when the altitude difference was -3,696 metres (12,008 feet), such as when Brazil were at home to Bolivia.

NO NET GAINS: Three common beliefs about patterns in goal scoring are false, according to football statisticians gathered at a workshop at Germany's University of Mannheim in 2006. 1) There is no evidence that players who scored in a previous match are any likelier to score in their next game; 2) a goal scored just before half time has no greater impact on the outcome of the game than a goal scored earlier in the first half; and 3) teams that have just scored are not especially more vulnerable to conceding a goal than at other times.

HOME AND HORMONES: Could biology explain home advantage? British researchers Sandy Wolfson and Nick Neave took levels of testerone from players before a home game, an away game and at a training session. Levels were much higher before a home game. The male hormone is linked with dominance, confidence and aggression, which implies the lads psyched up to defend their territory.

SEEING RED: Football clubs with red team strips are more successful than rivals with other colours, according to a 2008 analysis of post-World War II English league data by experts from the universities of Durham and Plymouth. Red-wearing teams (such as Manchester United, Liverpool and Arsenal) won more often, while teams wearing yellow or orange fared worst. The theory: there's a psychological boost from wearing red, a colour which is often associated in nature with male aggression and display.

HOW IT'S SPUN: Remember Roberto Carlos (http://www.youtube.com/watch?v=W5XpXU8TBoo) scoring "the Impossible Goal," a swerving spot kick against France in 1997? How did he do it? Some say it's because Carlos is Brazilian. Physicists, though, point to a combination of the Magnus force and Bernoulli's principle. Just after a kick, a spinning ball moves forward at relatively high velocity, and the air flows irregularly over it. When the ball slows -- specifically, when it is between 29-37 kilometres (18-23 miles) per hour -- the airflow becomes smooth, or "laminar," which instantly boosts the air's braking effect, sometimes by as much as 150 percent. This drastically brakes the forward movement of the ball and enhances a curving movement derived from the ball's spin. So Carlos' goal initially dipped to the right of the defensive wall and then suddenly swerved into the net, leaving the French dumbfounded.

DIGITAL FUTURE: Punters looking for a tip on this year's World Cup winners might be advised to take a close look at players' hands. John Manning from Britain's University of Liverpool suggests there is a link between the lengths of a footballer's fingers and his ability as a player. Looking at British players, Manning found that the footballing elite had longer ring fingers compared to their index fingers. Manning's theory is early exposure to testosterone in the womb is a key to heart formation and spatial judgement and finger length, which is why digits can be a telltale, but not a prediction, of prowess.

ALE'S OUT: Those who contend that drinking beer or other alcoholic beverages helps post-match recovery are addled, say medical researchers. In a New Zealand study published in January in the Journal of Science and Medicine in Sports, volunteers carried out strenuous exercise, which was followed by a meal. Some drank orange juice, while the other drank OJ and vodka, the equivalent to around eight standard alcoholic drinks. The guinea pigs were measured a day and a half, and then two days and a half, after exercise. The alcohol group had 15-20 percent less muscular force than the non-alcohol group, and also reported more soreness. "Even moderate amounts of alcohol" are out.

Blame Your Soccer Team Scoring For Those Car Crashes
The phenomenon has been billed as the 'Final Score Syndrome'.
READ MORE

Blocked Gaza Holds Its Own Football 'World Cup'
Passionate about football but cut off from the world, the Gaza Strip has its own World Cup, a popular initiative aimed at forcing a lifting of the Israeli blockade on the tiny Palestinian enclave.
READ MORE