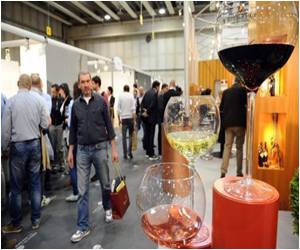 A creative hub for thespians from around the globe offering residencies for established drama professionals and courses for aspiring actors is in offing at a theatre in a path corner of Tuscany.

The Funaro complex in Pistoia includes former blacksmith and carpenter workshops turned into apartments, two 100-seat theatres and a cafeteria which acts as the main social centre.

An investigation over an embryo mix-up at an assisted reproduction center that resulted in a woman getting pregnant with another couple's embryos has been initiated.
Advertisement

"I needed a shelter that was also full of life," said Cristiana Morganti, a dancer and choreographer from the late Pina Bausch's Tanztheater Wuppertal in Germany, who has recently finished a one-month residency.


"It's like a convent here. It's calm but is also very invigorating on a human level because it has classes full of children and people of all ages," she said.

Twin embryos of a couple were reported to be mixed up with a pregnant woman, who underwent fertility treatment at a clinic in Rome, press said Sunday.
Advertisement
Morganti has been working on the storyline and choreography for her latest contemporary work "Jessica and me", which will be premiering in the nearby theatre of Reggio Emilia in October.

As an Italian performer who has made her entire career abroad, Morganti said she was "proud" that Italy had managed to create a place like the Funaro, complaining that many of her dancer compatriots are forced to do "three jobs at the same time" just to survive.

"This shows there is hope, that there are little hubs that work even as they aim for quality," she said.

The Funaro can host 12 artists at a time and usually residents come with their families.

In the centre's corridors, sounds of "Ha, Hi, Ho!" ring out as students take part in an exercise, batting the vocals to one another, arms thrashing.

Luisa Bardelli, an 18-year-old fascinated by the theatre world, has enrolled in one of Francesca Giaconi's courses which sees her competing with classmates to perform an improvised "monkey" jive.

"I love the ambiance here, the way of teaching. Francesca puts a lot of passion into it. In other courses, we worked most on our voices, it was boring. Here we work on improvisation and the body," she said.

The idea for the complex began during a theatre workshop in Pistoia where actors Francesca Giaconi and her friend Lisa Cantini, teenagers at the time, met Antonella Carrara and Mirella Corso as well as Neumann, who encouraged them to create "an incubator of projects".

Founded in 2003, it moved to its current premises five years ago with the help of Frenchman Jean Guy Lecat, a set designer for famous director Peter Brook, and Colombian playwright Enrique Vargas, creator of the Theatre of the Senses in Barcelona.

"When I think about it, it was crazy!" Cantini said.

"Pistoia is a small town. You really have to want to come here. From the start our idea was to bring the world to Pistoia and project Pistoia in the world. What started as a dream, an ambition, is coming to life."

The centre also includes the archives of Andres Neumann -- an esteemed Bolivian-born international theatre producer who organises cultural events and is one of the sponsors of the theatre.

As well as workshops in theatre, the Funaro offers classes on circus arts and creative writing.

French award-winning writer Daniel Pennac has stayed at the centre twice, and was so at ease in the family atmosphere that he walked around barefoot.

Organisers say the Funaro has helped bring more visitors to Pistoia, a pretty mediaeval town of around 90,000 inhabitants not on main tourist routes.

"It's created a revival in recent years, with the opening of new boutiques and restaurants," Cantini said.

But the thespian said her greatest satisfaction was to see young theatre aficionados and industry veterans sitting down together.

But the future of the centre is in doubt because the cost of classes only pays for some activities and the salaries of a handful of permanent staff -- not the residencies which bring well-known names or a planned extension to welcome even more actors.

The foundation's president Carrara said the aim is to make the budget independent of private donations.

She hoped the Funaro could "walk on its own two feet... maybe with support from the State in recognition of the public service that we offer".

Italy's Constitutional Court has enforced a Catholic Church-backed ban on Wednesday against assisted reproduction with sperm or egg donors that turned thousands of sterile couples abroad to seek help.
Advertisement
Advertisement
This site uses cookies to deliver our services.By using our site, you acknowledge that you have read and understand our Cookie Policy, Privacy Policy, and our Terms of Use  Ok, Got it. Close
×