Global concentrations of methane, a powerful greenhouse gas and cause of climate change, are now growing faster in the atmosphere than at any other time in the past two decades, while the growth of carbon dioxide emissions has flattened out in recent years, claims a study.

"The leveling off we've seen in the last three years for carbon dioxide emissions is strikingly different from the recent rapid increase in methane," said study co-author Robert Jackson, Professor in Earth System Science at Stanford University in California.


Methane concentrations in the air began to surge around 2007 and grew precipitously in 2014 and 2015, the study found. In that two-year period, concentrations shot up by 10 or more parts per billion annually.


‘Global concentrations of methane are now growing faster in the atmosphere than at any other time in the past two decades.’


It is a stark contrast from the early 2000s when methane concentrations crept up by just 0.5 parts per billion on average each year, the study said. Methane, Jackson said, is a difficult gas to track. In part, that is because it can come from many different sources.

Those include natural sources like marshes and other wetlands. But the bulk, or about 60 percent, of methane added to the atmosphere every year comes from human activities.

They include farming sources like cattle operations -- cows expel large quantities of methane from their specialised digestive tracks -- and rice paddies -- the flooded soils make good homes for microbes that produce the gas.

A smaller portion of the human budget, about a third, comes from fossil fuel exploration, where methane can leak from oil and gas wells during drilling. "Unlike carbon dioxide, where we have well described power plants, almost everything in the global methane budget is diffuse," Jackson said.

"From cows to wetlands to rice paddies, the methane cycle is harder," Jackson noted. The results for methane "are worrisome but provide an immediate opportunity for mitigation that complements efforts for carbon dioxide," the study said.

The findings were published in the journal Environmental Research Letters. 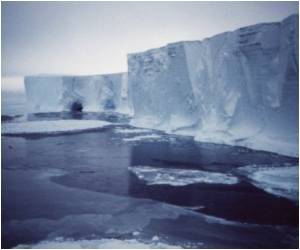 Methane Emissions from the Arctic Priced Equal to the World's Economy
Melting sea ice-associated methane emissions come with a price tag of 60 trillion dollars, equalling to the size of the world economy in the year 2010, a new study claims
READ MORE 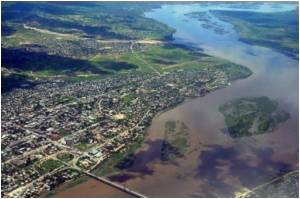 Antibiotics Can Increase Dung Emissions of Methane
Agriculture is responsible for about a fifth of global greenhouse gas emissions, with methane accounting for 40 percent of farming emissions.
READ MORE