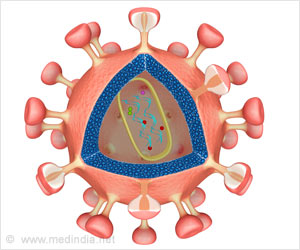 In a study published in Journal of Acquired Immune Deficiency Syndromes, scientists have estimated that some 15 percent of people living with HIV remain unaware of their infection.

Despite evidence that HIV incidence rates in the United States are decreasing modestly in recent years, at least 44,000 people are still infected with HIV each year. However, the socioeconomically disadvantaged African American/Black and Hispanic persons are disproportionately affected by HIV and thus over-represented in the HIV epidemic in comparison to their numbers in the general population. "Undiagnosed HIV is a serious public health issue," said Marya Viorst Gwadz, the study's Principal Investigator. "At least a third of new HIV transmission events are linked to those with undiagnosed HIV, yet finding people with undiagnosed HIV is very challenging," she added.

ABX464 as HIV Functional Cure and Treatment for Inflammatory Diseases

ABX464 upregulates IL-22 and miR-124 suggesting strong anti-inflammatory effect and broadening therapeutic potential.
Advertisement
‘Despite evidence that HIV incidence rates in the United States are decreasing modestly in recent years, at least 44,000 people are still infected with HIV each year.’

Nationally, heterosexual sex is the second most common route of HIV transmission after male-to-male sexual contact, accounting for an estimated 24 percent of newly reported infections annually and is the main route of transmission among women. "Compared with other risk groups, heterosexuals are less likely to be tested for HIV over their lifetimes, and less likely to be tested annually, as the Centers for Disease Control and Prevention (CDC) recommends," noted Charles M. Cleland, the Co-researcher. Adding, "As many as 25% of HIV-infected heterosexuals are undiagnosed - a substantially higher rate of undiagnosed HIV than among other risk groups." "We are interested mainly in heterosexuals considered at high-risk for HIV because they live in urban geographical areas with high rates of poverty, a primary risk factor for HIV infection, and high rates of prevalent HIV," said Noelle R. Leonard, another Co-Investigator.


Adding, "These 'heterosexuals at high-risk' for HIV, who are mainly African American/Black and Hispanic, have serious barriers to regular HIV testing. Many of the barriers are related to race/ethnicity and lower social status, including: fear of HIV stigma; distrust of medical settings; substance use problems; and the sense that heterosexuals are not at risk for HIV compared to other risk groups--such as men who have sex with men or persons who inject drugs." "To substantially reduce the numbers of persons living with HIV who remain undiagnosed, the National Institute on Drug Abuse has spearheaded a research initiative on interventions to seek out persons with undiagnosed HIV, test them, and then, link those with HIV infection to health care in a timely fashion, called the 'Seek, Test, Treat, and Retain' (STTR) model," said Alexandra Kutnick, the study's project director.

HIV preventive drug trial to begin next year by the National Health Services in England, following the court ruling.
Advertisement
In an effort to identify the best approaches to uncovering undiagnosed HIV, Gwadz and her research team compared the efficacy of three social/behavioral intervention strategies for heterosexual individuals at high risk (HHR) for HIV within an urban high-risk area (HRA) in central Brooklyn, New York. The study looked at the relative yield of three Seek/Test methods: Respondent Driven Sampling with Anonymous Single-session Testing (RDS-AST); Respondent Driven Sampling with Confidential Two-session Testing (RDS-CTT); and Venue-based Sampling (VBS). "The three interventions were designed to address the specific barriers to HIV testing that HHR experience, and all three interventions were culturally appropriate for African American/Black and Hispanic HHR," said Gwadz. The researchers stressed that efficient and potent active approaches to detect undiagnosed HIV among HHR are sorely needed to achieve the goal of elimination of HIV transmission in the U.S. and the present study addresses this gap in available HIV prevention programs. "We examined the efficacy of these three intervention strategies to uncover undiagnosed HIV infection among HHR by seeking them out in their communities and providing HIV counseling and testing, said Gwadz.

Adding, "Moreover, the CDC and others use both respondent-driven sampling (RDS), a peer-to peer recruitment method, and venue-based sampling (VBS) in their surveillance studies, but this is the first direct comparison of RDS and VBS to identify undiagnosed HIV prevalence among HHR." Participants in all three interventions evidenced high rates of risk and behavioral factors such as poverty, unemployment, substance use, and incarceration - factors that place individuals at risk for HIV - but low rates of regular, annual HIV testing. The prevalence of confirmed newly diagnosed HIV infection was higher in the RDS-AST (4 percent) and RDS-CTT (1 percent) interventions than VBS (0.3 percent). Those in RDS-AST were least likely to have regular, annual HIV testing and most likely to have both sexual and substance use risk factors compared to RDS-CTT and VBS. For example, 60 percent of those in RDS-AST evidenced substance use problems at a clinically significant level in the past year, compared to 37 percent in RDS-CTT.

RDS-AST and RDS-CTT yielded comparable overall HIV prevalence rates (10.3 percent and 7.4 percent) - substantially higher than national estimates among HHR. VBS was feasible but produced a sustainability lower proportion of newly diagnosed HIV than the two RDS approaches. "Our study findings suggest VBS is not an optimal approach for HHR, perhaps because heterosexuals at high-risk for HIV are embedded in physical spaces that include lower-risk individuals, and VBS is an inefficient means of gaining access to those at highest risk," said Leonard. Adding, "These findings, on the other hand, underscore the utility of peer-to-peer recruitment methods such as RDS, particularly in conjunction with low-threshold and easy-access interventions that provide HIV testing at the first contact, and which directly ameliorate potential barriers such as perceived HIV stigma."

The researchers note that rates of newly diagnosed HIV found in this study were lower than initially hypothesized at the time the study was planned, which may be a result of the set of effective HIV prevention strategies implemented in New York City during the study period. As of 2012, New York State had one of the lowest rates of undiagnosed HIV (7 percent) in the U.S. Lower rates of newly diagnosed HIV in RDS-CTT intervention compared to RDS-AST also suggest that variations in the timing and content of intervention components can impact sample composition and the intervention's efficiency with respect to uncovering undiagnosed HIV infection. This study is the first to prospectively demonstrate the value of potentially replicable Seek and Test interventions to identify HHR with undiagnosed HIV; namely, peer-referral methods focused in large socially-networked populations with high HIV prevalence.

Thus it provides further support for utility of social network approaches to identify undiagnosed HIV in vulnerable populations. "Implemented on a continual basis in urban HRAs, such approaches can complement institutionally-based HIV testing programs and play a vital role in eliminating HIV transmission by promoting regular HIV testing among populations at high risk for HIV, including substance users," said Gwadz.

One out of 100 HIV patients are tested positive for the virus who were found to be contracting the virus through blood transfusion during illnesses.
Advertisement
<< New Initiative Launched to Guide Poor Children Get Low-Cost...
Global Methane Concentrations Growing Faster Now >>