Genes Critical That may Cause Hearing Loss Discovered 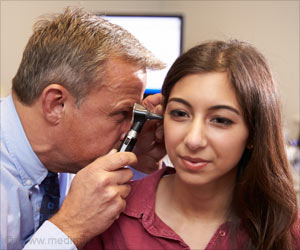 Untreated hearing loss is associated with lower quality of life, depression, social isolation and even a higher risk of dangerous trips and falls. Hearing loss can have far-reaching implications for you and those close to you. Fifty-two previously unidentified genes that are critical for hearing have been found by testing over 3,000 mouse genes.

The newly discovered genes will provide insights into the causes of hearing loss in humans, say scientists from Medical Research Council (MRC) Harwell, who led the analysis by the International Mouse Phenotyping Consortium (IMPC).

Advertisement
‘The identification of critical cellular functions, which can then be targets for therapies for hearing loss may improve treatment.’

The study, published in Nature Communications, tested 3,006 strains of 'knock-out' mice for signs of hearing loss. 'Knock-out' mice have one gene from their genome inactivated, which helps researchers to uncover the functions of that gene. The IMPC aims to generate a 'knock-out' mouse for every gene in the mouse genome.


The hearing thresholds of the knock-out mice were assessed with rising volumes of sound at five different frequencies - mice were considered hearing impaired if they could not hear the quieter sounds for two or more frequencies.
Advertisement
They identified 67 genes that were associated with hearing loss, of which 52 had not been previously linked with hearing loss. The genes identified varied in how they affected hearing - effects ranged from mild to severe hearing loss or resulted in difficulties at lower or higher frequencies.

The knock-out mice tested so far in this study represented only about 15% of mouse genes, so the researchers estimate that if the entire genome is searched there will be at least 450 genes required for hearing function.

In humans, there are over 400 genetic syndromes that include a hearing loss component, however most of the genes underlying hearing loss syndromes are currently unknown.

Professor Steve Brown, senior author on the paper and Director of MRC Harwell, said: "Importantly, the large number of hearing loss genes identified in this study demonstrates that there are many more genes involved in deafness in mouse and human genomes than we had previously realised.

"Our findings identify 52 genes that have previously not been recognised as being critical for hearing. These increase our knowledge of the many genes and molecular mechanisms required for hearing, and also provide a shortlist of new genes to investigate to discover the genetic basis of many human hearing loss syndromes. Testing these genes in people with hearing loss may help to improve diagnosis and counselling of patients.

"The next steps will be to determine the role that each of the proteins encoded by these genes has within the auditory system. Further investigation of these hearing loss mouse models will increase understanding of how the auditory system develops, is maintained, and the pathological processes involved with its decline. In particular, we need to establish whether the genes impact on known hearing loss pathways or if they implicate new processes in the auditory system. A longer term benefit that could arise from studying these models might be the identification of critical cellular functions, which can then be targets for therapies."

Dr Michael Bowl, from MRC Harwell and first author on the paper, said: "Mouse genetics has played an important role in our understanding of the development and functioning of the mammalian auditory system. We anticipate this list of hearing loss genes will grow hugely over the coming years, as the International Mouse Phenotyping Consortium continues to screen new mutants."

Hearing Loss Affects the Person With Whom They Communicate
The impact of the condition on those closest to the patients with deafness should be considered ......

Learning Difficulties in Kids Can Be Linked To Hearing Problems
Children with dyslexia find it difficult to read and speak. But a recent study found that repeated ....

Children with Hearing Loss are Better at Learning Languages
Children with hearing loss have higher capacity for learning languages, even if they have poor ......