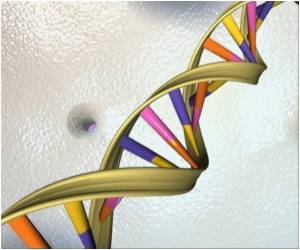 This is according to a new study released in the New England Journal of Medicine. Researchers at Johns Hopkins University and the University of Maryland contributed data from two separate studies: the African American Study of Kidney Disease and Hypertension (AASK) and the Chronic Renal Insufficiency Cohort Study (CRIC).

Both studies identified high risk genetic variants in the APOL1 gene that speed up kidney disease progression and substantially increase the risk of developing kidney failure, compared to whites and blacks with low risk variants, with or without diabetes. Approximately 1 in 10 blacks possess the high risk variants, though it is very uncommon in whites.


"Even though our studies found that African Americans with two copies of the high-risk APOL1 variants were at higher risk for kidney disease progression, about 40% of the African Americans from the AASK study who also carried the high-risk variants had not progressed at the time of the study," said co-lead author W.H. Linda Kao, PhD, MHS, professor of epidemiology and medicine at Johns Hopkins University. "This finding highlights the importance of identifying factors that may modify the effect of the APOL1 risk variants."
Advertisement
Senior author Lawrence J. Appel, MD, MPH, professor of medicine, epidemiology, and international health at the Johns Hopkins Medical Institutions, noted the importance of the APOL1 gene and its effect on kidney disease progression in blacks.

Appel also stated that African Americans with low-risk variants still had a higher risk of developing kidney failure than whites.

"What we found is pretty remarkable  that variations in a single gene account for much of the racial disparity in kidney disease progression and risk for end-stage kidney disease," says co-lead author Afshin Parsa, MD, MPH, assistant professor of medicine at the University of Maryland School of Medicine. "If it were possible to reduce the effect of this gene, there could be a very meaningful decrease in progressive kidney and end-stage kidney disease within blacks."

Genetic Variation in Chromosome Associated With Kidney Failure in Diabetic Women
A new study suggests that a genetic variation in chromosome 2 is responsible for kidney failure in ....