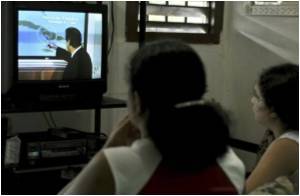 "Men still claim they have a better understanding of global warming than women, even though women's beliefs align much more closely with the scientific consensus," said McCright.


The study is one of the first to focus in-depth on how the genders think about climate change. The findings also reinforce past research that suggests women lack confidence in their science comprehension.

Greenhouse effect causes excessive heat to build up in the earth's atmosphere causing global warming and affects the environment and health.
Advertisement
"Here is yet another study finding that women underestimate their scientific knowledge - a troubling pattern that inhibits many young women from pursuing scientific careers," he said.

The sociologist said understanding how the genders think about the environment is important on several fronts and called climate change "the most expansive environmental problem facing humanity."

He said the gender divide on concern about climate change was not explained by the roles that men and women perform such as whether they were homemakers, parents or employed full time.

Instead, he said the gender divide likely is explained by "gender socialization."

"And when scientists or policymakers are communicating about climate change with the general public, they should consider this rather than treating the public as one big monolithic audience," he said.

The findings were published in the September issue of the journal Population and Environment.

Defying the old adage promoted in 1992 bestseller 'Men are from Mars, Women are from Venus', a new book has claimed that the two genders are actually from the same planet.
Advertisement
Advertisement
This site uses cookies to deliver our services.By using our site, you acknowledge that you have read and understand our Cookie Policy, Privacy Policy, and our Terms of Use  Ok, Got it. Close
×