Fruit Juices and Smoothies: New Risk to Our Health 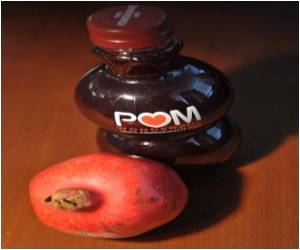 US researchers have pointed out that fruit juices and smoothies are now a new risk to our health because of the amount of sugar the healthy drinks are believed to contain.

Barry Popkin and George Bray pointed the finger at high fructose corn syrup in soft drinks in 2004, causing a huge headache for the big manufacturers, including Coca-Cola and Pepsi.

Popkin, a distinguished professor at the department of nutrition at the University of North Carolina, told the Guardian that smoothies and fruit juice are the new danger.


He added that it's kind of the next step in the evolution of the battle, and it's a really big part of it because in every country they've been replacing soft drinks with fruit juice and smoothies as the new healthy beverage.
Advertisement
Researchers from the UK, USA and Singapore found that, in large-scale studies involving nurses, people who ate whole fruit, especially blueberries, grapes and apples, were less likely to get type 2 diabetes, which is obesity-related, but those who drank fruit juice were at increased risk.

People who swapped their fruit juice for whole fruits three times a week cut their risk by 7 percent.

The British Soft Drinks Association says that consumption of soft drinks containing added sugar has fallen by 9 percent over the last 10 years, while the incidence of obesity has risen by 15 percent.

The study is published in the journal Pediatric Obesity.

Source: ANI
Advertisement
<< All Men Do Not Want Sex All the Time
Hope for Alzheimer's Disease Patients Now Closer to Reality >>

Minority Children Drink More Sugary Fruit Juice Than Their White Peers: Study
According to a new study, there has been a steep decline in kids' consumption of sugar-sweetened ......