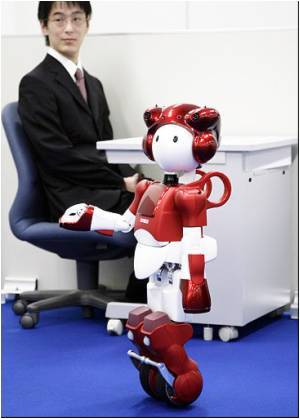 A spongy substance, considered the world's lightest carbon material, could help improve robotic surgery techniques. The development has created a huge buzz in the nanoworld.

University of Central Florida Associate Professor Lei Zhai and postdoctoral associate Jianhua Zou have engineered the new material dubbed "frozen smoke." It belongs to the family of the lightest solid, also known by its technical name of aerogel.

Zhai's team worked with UCF professors Saiful Khondaker, Sudipta Seal and Quanfang Chen to create multiwalled carbon nanotubes (MWCNT) aerogel. Carbon nanotubes are so small that thousands fit on a single strand of human hair. And using the nanotubes instead of silica (major material in sand), the foundation for traditional aerogel, increases the materials' practical use.


For the first time, even the tiniest pressure change can be detected and tracked. Strips of MWCNT aerogel could be used in robotic fingers and hands to make them super sensitive and give them the ability to distinguish between holding a power saw or a scalpel  a distinction necessary for use in surgery.
Advertisement
Because the nanotubes have a large surface area , great amounts of energy could be stored in the aerogel, increasing the capacity of lithium batteries or supercapacitors used to store energy generated from renewable resources such as wind and the sun.

Combining the larger surface area and improved electrical conductivity is also important in developing sensors that can detect toxins capable of invading the food or water supply. And the same technique can be used to develop equipment capable of detecting even trace amounts of explosives.

"This has many potential applications and could really open up new areas to explore that we haven't even imagined yet," Zhai said.