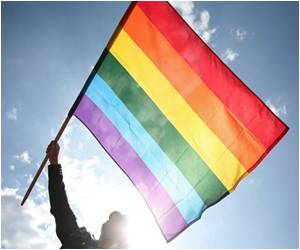 A landmark bill granting homosexual couples the right to marry and adopt has been approved by France's upper house Senate. The vote came after a heated debate and mass protests from conservatives and religious groups.

The vote, by a show of hands, puts the bill on track to become law within weeks following a second reading in the lower house National Assembly to approve several technical amendments introduced in the Senate.

The ruling Socialists said the bill would return to the National Assembly by Wednesday -- far earlier than the expected date of May 20.


Opponents accused them of seeking to rush through the law, with the head of the right-wing UMP's faction in the assembly, Christian Jacob, saying President Francois Hollande was "risking a violent confrontation with the French people" over the bill.
Advertisement
Senators had earlier approved crucial articles of the bill granting gay couples the right to marry and to adopt.

The bill came under vehement attack in a country that is officially secular but predominantly Catholic, mobilising hundreds of thousands of people in pro- and anti-gay marriage protests nationwide.

In January, hundreds of thousands of demonstrators flooded into Paris for an anti-gay marriage march. Last month, police were forced to fire tear gas on people protesting the bill, and dozens were arrested.

Opponents had said they would organise another mass protest in Paris on May 26 if the law was approved, to demand its withdrawal and a referendum on gay marriage.

The bill was largely supported by the ruling Socialists, their allies in the Green Party and the Communists, and opposed by the main opposition UMP and other right-wing and centre-right parties.

"We are overwhelmed with pride by this vote to move our society forward," said the head of the Socialists in the Senate, Francois Rebsamen.

But opponents slammed the adoption of the bill, with right-wing former prime minister Jean-Pierre Raffarin saying it would cause a "rupture" in society.

Opposition to the bill has been forceful and gay activists and rights groups say reports of verbal and physical assaults against homosexuals have surged amid the debate.

Rights group SOS Homophobie said this week it had registered a 30 percent rise in reports of assaults on homosexuals last year compared to 2011, with a marked surge when debate began in the autumn.

The leaders of the main opposition movement to the bill distanced themselves from these actions, saying they were the work of a radical few.

Opinion polls have routinely indicated that a majority of French people support gay marriage but that fewer support adoption rights for homosexual couples.

Hollande championed same-sex marriage and adoption during his election campaign last year, and his support for the legislation did not waver throughout the turmoil.

His girlfriend, Valerie Trierweiler, has revealed that the president will be attending the marriages of gay friends once the legislation is on the statute books.

French Senate Grants Gay Couples the Right to Marry
Clearing the way for a law that has sparked protests from conservatives and religious groups, ......