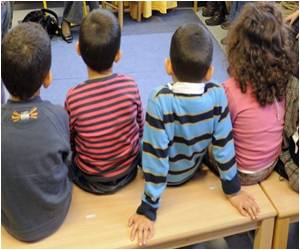 A new charter is being unveiled by France, which is designed to reinforce rules banning religion from schools which have been a recurring cause of tension with Muslims and other faiths.

The "Charter for Secularity in School," is to be displayed in poster form in every state-funded school in the country in a move pioneered by the Socialist government's education minister, Vincent Peillon.

The 15-point statement contains nothing new in legal terms.


Instead, Peillon says, it represents an attempt to promote better understanding, and more consistent enforcement, of long-established principles which have their roots in the anti-clericalism of the French revolution and the country's 1905 law enforcing a strict separation of church and state.

Peillon's initiative was greeted coolly by leaders of France's five million Muslims, some of whom see the aggressive promotion of secularity as an assault on their culture and traditions.

Recent years have seen a string of legal disputes arising from the exclusion from school of girls wearing headscarves in defiance of a 2004 law which prohibits the wearing of "ostentatious" religious symbols.

Dalil Boubakeur, the chairman of the French Muslim Council, said the charter's emphasis on that law and to the equality of girls and boys amounted to "allusions" to Islam which would trigger concern in the community.

"Ninety percent of Muslims are going to have the feeling they are being targeted by this charter," Boubakeur told AFP.

That interpretation was rejected by Peillon. "Secularity is about the equality of everyone in the Republic. There are those who think it is all about banning things. In fact it was what allows us to live together freely."

The charter starts out by emphasising that France "respects all faiths" and that the state is neutral in regard to them.

It goes on to explain, in child-friendly terms, that the absence of religion from schools affords pupils the conditions to forge their own personality, exercise free will and become citizens in an environment free from pressure or proselytising.

In practice, that means that teaching staff must never give any indication of their religious (or political) convictions during lessons and that pupils cannot use their faith as a reason to challenge the content of the national curriculum, the manner of teaching or the rules of the school.

The notion of the "Ecole laique" (secular school) as one of the cornerstones of the Republic and a guarantee of the universal right to the freedom of expression and thought is one that is cherished by France's intellectual elite.

Outside minority faith communities, it also enjoys strong support among the population.

"To me it's not right people coming to school with religious symbols," said 16-year-old Arthur Rivelois outside his Parisian Lycee. "Their faith is their business, it's nothing to do with the rest of us."

But critics wonder whether the model is suitable for modern-day, multicultural France and accuse the government of double standards.

They question whether a truly secular school system would allow Christmas trees or December visits by Santa Claus, and whether it would still observe holidays on Christian Saints days.

While the vast majority of school canteens dish up fish every Friday -- in keeping with Roman Catholic tradition -- any principal who provides halal meat for Muslim students risks incurring the wrath of militant secularists, whose cause is enthusiastically backed by the far-right, anti-immigration Front National.

Interpreting the rules correctly has proved a headache for school leaders.

Earlier this year a Muslim girl was excluded from her school after a headband and long skirt were deemed to constitute overtly religious garb. The exclusion was overturned on appeal and her parents are now suing the school for racial discrimination.

The legislation has also caused much anguish among France's 30,000 Sikhs, whose male children are required by their faith to cover their hair from an early age.

In practice, many primary schools have continued to allow younger Sikh boys to wear the Rumal, a handkerchief-type covering, but turbans are banned -- a situation that effectively results in many Sikh teenagers giving up school earlier than they otherwise would.

France Forecasts 56% Increase in Champagne Production This Year
Good news for Champagne lovers as France's production of bubbly is all set to go up by 56 percent this year.
READ MORE

Study Discovers That Tour De France Riders Live Longer
A reputation for premature deaths, either from tragic crashes on the road or from dangerous performance-boosting substances is held by professional cycling.
READ MORE

Bad Weather Conditions Might Cause Poor Wine Grape Harvest In France
Forecasts showed that due to a cold and rainy spring and severe hail storms, France is facing one of its poorest wine grape harvests in four decades.
READ MORE