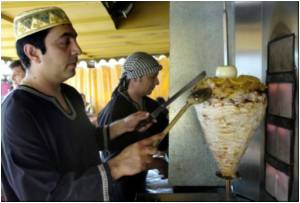 A study has revealed that cartoon characters on snack packaging can have a hold over the food preferences of kids.

The study was conducted by Yale University's Rudd Center for Food Policy and Obesity on 40 children in the age group of 4 to 6, Discovery News reported.

Researchers found that when exactly the same food items were put into different packages, about 50 percent of the children claimed that snacks from packaging with Dora the Explorer, Shrek and Scooby-Doo tasted better than snacks from plain packaging.


It was also found that when given a choice, two-thirds of the kids preferred a snack with images of cartoon celebrities on the front.

The cartoon characters that appear on TV shows and movies influence the way kids eat. For example, when Scooby is seen eating more sugary junk food than good healthy veggies, the child will also want to follow suit, the researchers found.

A food additive is a non-nutritive substance added deliberately to any food product to improve its color, texture, flavor or shelf life
Advertisement
CNN.com reported that studies on the effects of marketing to children are few and far between.

The American Psychological Association and other organizations have called for the elimination of all marketing of food products to children.

According to Federal Trade Commission data cited in the study, U.S. food and beverage companies spend more than 1.6 billion dollars a year to grab children's attention.

Effect of Violent Cartoons on Children's Behavior and Mental State

Understanding the impact of violent cartoons on children''s behavior and mental state to provide appropriate ...