A protein from flesh-eating bacteria has been engineered by scientists to act as a molecular "superglue" that promises to become a disease fighter.

And their latest results, which make the technology more versatile, were the topic of a report here today at the 245th National Meeting & Exposition of the American Chemical Society, the world's largest scientific society.

"We've turned the tables and put one kind of flesh-eating bacterium to good use," said Mark Howarth, Ph.D., who led the research. "We have engineered one of its proteins into a molecular superglue that adheres so tightly that the set-up we used to measure the strength actually broke. It resists high and low temperatures, acids and other harsh conditions and seals quickly. With this material we can lock proteins together in ways that could underpin better diagnostic tests  for early detection of cancer cells circulating in the blood, for instance. There are many uses in research, such as probing how the forces inside cells change the biochemistry and affect health and disease."


Howarth's team at the University of Oxford in the United Kingdom genetically engineered the glue from a protein, FbaB, that helps Streptococcus pyogenes (S. pyogenes) bacteria infect cells. S. pyogenes is one of the microbes that can cause the rare necrotizing fasciitis, or flesh-eating bacteria syndrome, in which difficult-to-treat infections destroy body tissue.

They split FbaB into two parts, a larger protein and a smaller protein subunit, termed a peptide. Abbreviating S. pyogenes as "Spy," they named the small peptide "SpyTag" and the larger protein "SpyCatcher." The gluing action occurs when SpyTag and SpyCatcher meet. They quickly lock together by forming one of the strongest possible chemical bonds. SpyCatcher and SpyTag can be attached to the millions of proteins in the human body and other living things, thus gluing proteins together.

In an advance reported at the meeting, Howarth described how Jacob Fierer, a graduate student on the research team, greatly reduced the size of the SpyCatcher part of the technology. That achievement makes the technology more flexible, enabling scientists to connect proteins into new architectures, he said.

One of the applications on the horizon involves testing the technology as a new way to detect "circulating tumor cells," or CTCs. Tumors shed these cells into the bloodstream, where they may act as seeds, spreading or metastasizing cancer from the original site to other parts of the body. That spreading is the reason why cancer is such a serious health problem. Detecting CTCs is an active area of research worldwide because of its potential for early diagnosis of cancer  from blood samples rather than biopsies  and determining when new treatments may be needed to prevent the disease from spreading.

Howarth said that the Spy technology has advantages over other molecular gluing systems that are available. SpyCatcher and SpyTag, for instance, can glue two proteins together at any point in the protein. "That flexibility allows us many different ways to label proteins and gives us new approaches to assemble proteins together for diagnostic tests," Howarth explained.

Howarth and colleagues are working with Isis Innovation, the University of Oxford's technology transfer company, to find potential partners to bring the Spy system to the market.

Legionnaires disease
Legionnaires' disease is a severe form of pneumonia caused by a type of bacteria. The infection is likely to spread when people inhale tiny water droplets containing the bacteria.
READ MORE 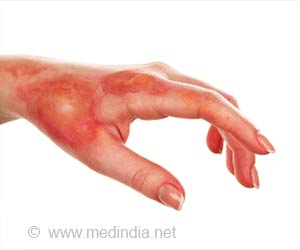 Necrotizing Fasciitis (NF)
Necrotizing fasciitis is a rare life-threatening bacterial infection of the tissue below the skin following relatively minor cuts or bruises and can be rapidly fatal unless diagnosed and treated promptly.
READ MORE