Alcopops, also known as flavoured alcoholic beverages, may be contributing to rise in death of girls in New South Wales, Australia.

A study of child deaths tabled in the state parliament Tuesday found the risk for girls increased by 37 per cent while for boys it declined by 17 per cent over the two periods studied, 1996 to 2000 and 2001 to 2005.

The study, Trends In Child Deaths In NSW 1996-2005, was compiled by the NSW Child Death Review Team to identify changes in child-death rates for specific causes and to strengthen prevention measures.


The report said: "The increase in alcohol-related deaths for females and the decline for males across the two periods may result from several factors, including the introduction of alcopops ... first sold in Australia in 1995, which particularly target females."

The NSW Children's Commissioner, Gillian Calvert, said she was thankful that the numbers of deaths involved were small - 145 over the 10 years. Boys accounted for most of the deaths - 105 - but over the past five years of the survey the girls' death rate increased and the boys' death rate declined.

"It may be a trend we need to look at to see if there is a pattern emerging," Ms Calvert said.

"The trend parallels the introduction of alcopops and it requires further investigation. We may well be wrong."

Suicide and car fatalities were associated with the alcohol-related deaths, along with poisoning, falls and drownings, reports Adele Horin in Sydney Morning Herald.

The report also highlights the deaths of 17 young people who were driving recreational vehicles, such as motorbikes, go-carts, bicycles and cars, on and off the road. These unlicensed 14- to 16-year-olds "were falling under the radar of prevention activities", Calvert said.

There was no decline in child deaths from drowning in swimming pools over the two study periods. The commissioner has called for State Government regulations to compel councils to regularly monitor pool fencing in backyards. "Drownings in private swimming pools or spas are among the deaths which are most straightforward to prevent," the report said.

It found that 58 children aged from one to four had died in backyard swimming pools, and at least 21 of these deaths occurred where a pool gate or latch was in a state of disrepair. In other cases the pool barriers had not been used effectively. Gates had been left open, did not close automatically, and objects were left nearby enabling the children to climb the fence. Most of the drownings had occurred while supervisors were doing household chores.

The report also highlights the deaths of 17 young people who were driving recreational vehicles, such as motorbikes, go-carts, bicycles and cars, on and off the road. These unlicensed 14- to 16-year-olds "were falling under the radar of prevention activities", Ms Calvert said.

She has called on the Motor Accidents Authority to aim safety campaigns at this group.

The study shows death rates from all causes overall for children and young people fell by 38 per cent between 1996 and 2005, thanks mainly to falls in infant deaths from prematurity, sudden and unexpected causes, and congenital malformations. Based on the 2006 census this equates to saving about 130 children's lives, Calvert said.

Among Aboriginal infants and those from low socio-economic areas there were worrying rises in the death rates for meningococcal disease and pneumonia. 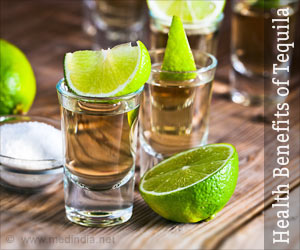 Top Ten Health Benefits of Tequila
Tequila is a popular alcoholic beverage in parties. Wonder if it may have health benefits? Find out how tequila helps health.
READ MORE