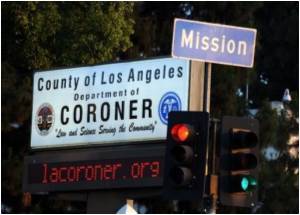 Indian cities are sadly running out of room for the dead.

India's Hindus cremate their loved ones, but the country's Muslim and Christian minorities usually choose burial -- and they fear the practice is under threat.

About 185 million Indians belong to the two faiths, with census figures recording 13 percent of the population as Muslim and two percent as Christian.


Finding land for burials in urban areas is the primary problem, religious leaders say, as India's cities become ever more congested and every piece of earth is fiercely fought over.

Sudden Infant Death Syndrome is death of a baby, under one year of age that occurs in sleep and cannot be explained.
Advertisement
"Go anywhere in India and see the graveyards, they are all full," said Imam Umer Ahmed Ilyasi, chairman of the All India Imam Organisation in New Delhi. "The government has been overlooking this issue for decades."

Ilyasi said the lack of burial space is not just a problem in major cities such as New Delhi, Mumbai and Kolkata but has spread to many small towns.

Muslims bury the dead as fast as possible, and disapprove of cremation as they believe there will be a physical resurrection on the Day of Judgement.

To meet their needs, increasing numbers of Muslims are joining together to buy small pieces of wasteland to convert into "Kabristans" -- Muslim graveyards.

Mohammed Arif, a resident of Noida on the outskirts of Delhi, purchased a government-registered plot along with his siblings and cousin in 2008.

"When my nephew died in a car crash, we struggled to get space in a graveyard in Delhi to bury him," said Arif. "We want to avoid such a crisis in future."

A 2008 government report on "wakf", an Arabic word for property donated permanently by Muslims for the benefit of their community, showed that 50 percent of all wakf plots across India have been encroached on.

"Government offices, hotels and schools have all been constructed and many slums are standing on wakf property," said Rehman Khan, a lawmaker who sits on the parliamentary wakf committee.

"Don't award us new land but at least give us back the land we own and we will make our own graveyards," he said.

India's relatively small Christian community -- like many of their faith around the world -- are increasingly choosing cremation over burial for reasons of both space and cost.

But Father Rebello, chairman of the Delhi Cemetery Committee, said many Indian Christians were hesitant to abandon the tradition of burial.

"Several families are turning one grave into a family grave to accommodate all the members -- at least four more can be buried in the same place," he said.

"We are suggesting families should start cremating the bodies and recently a priest in Delhi was cremated to promote it but we cannot force anyone."

The concept of family graves, or the "tier" system, where coffins are placed one above the other, originated in India in the southern state of Kerala and has slowly gained more acceptance.

Priyanka Thomas, a widow living in New Delhi who last month reluctantly chose to bury her husband in her father-in-law's grave, said the decision was inevitable.

"Myself and then my children will be buried in the same grave," she said. "It is more economical for families as they have to spend less and Christians often visit graves, so prefer burying their loved ones close to their church."

In the eastern state of Bihar, the Catholic church is asking the faithful to donate up to 60,000 rupees (1,280 US dollars) to reserve plots.

"We don?t have space for more bodies in existing graveyards," said Vincent Francis, a priest in Patna, the capital of Bihar. "The state government just won't give us more land."

Some graves in the city of Chennai have been repeatedly reopened to add more family members, said Francis Fernandes, a local priest.

"One family went into a state of shock when seeing a half-decomposed body when they were trying to place the second coffin in their family grave," he said.

Sabha Dayal, a New Delhi professor who specialises in town planning, said civil authorities had to take burial needs as seriously as any other infrastructure requirement.

"Advertisements promote new residential premises offering swimming pools and golf courses, but have you ever seen them stating that land has been allotted for cremation and burial?" asked Dayal.

"The problem is that these do not generate revenue," she said, adding the government often demolished existing graveyards to widen roads or for new commercial ventures.

About 80 percent of Indians are cremated in the Hindu fashion -- often beside a river, and with the corpse decorated with flowers and covered in ghee (clarified butter) before the skull is cracked to release the spirit.

Another death ritual in India is practised by a small community of Zoroastrian Parsis who leave their deceased on dakhmas, or "Towers of Silence", to be consumed by vultures.

But for the country's Muslims and Christians, the government offers little hope of new graveyards as urban development picks up pace.

"The shortage of graveyards stirs resentment among the minorities and can be an issue during local elections," a senior official at the Ministry of Urban Development told AFP on condition of anonymity. "In truth, these are small issues and they need to dealt with locally."

Alzheimer''s disease is a progressive neurodegenerative disease affecting memory and thinking and making the person increasingly dependent on others.
Advertisement
<< Advance Made Towards Development of Transplantable Replacem...
Bullying is the Cause for Almost Half of Child Suicides >>