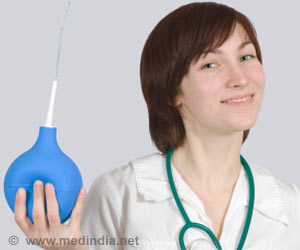 While "it is clearly better than further antibiotics for treating conditions like C difficile", claims that fecal transplantation could be a cure-all for many diseases "are probably too optimistic", the general medicine journal BMJ reported on Tuesday.

Fecal transplants may be safe and effective in treating immunocompromised patients, researchers have found
Advertisement

It cited professor Tim Spector from King's College London and professor Rob Knight from the University of California-San Diego. An analysis of the evidence found an 85 percent success rate with fecal transplants compared with only 20 percent success for standard antibiotic treatment, Spector and Knight said.


A recent trial was stopped early because of the overwhelming superiority of fecal transplantation, with 90 percent success rate compared with 26 percent for powerful antibiotics.

A noninvasive method of delivering a promising therapy for persistent Clostridium difficile ( C. difficile ) infection appears to be as effective as treatment through a nasogastric tube or via colonoscopy.
Advertisement
But the experts cautioned that the use of fecal transplantation is being increasingly tested in other common conditions, including obesity, diabetes, irritable bowel syndrome, colitis and many others.

There are long term potential risks of transferring microbes to a new host, which could include transferring susceptibility to obesity and even mental illness, they said in a jointly written article.

"These possible risks suggest that fecal transplantation, although an exciting new tool, should be carefully monitored and refined to include most of the key beneficial microbes." "We urgently need more expertise and centers, proper screening of donors and good long term trials and monitoring procedures in order to provide sensible advice," the trial showed.

In the fecal microbial transplantation, the liquidized stool (or its cryopreserved microbial content) of a healthy donor is introduced to the colon of the Clostridium difficile patient through a nasogastric tube or the rectum.

Packrats Were Able to Eat Poison After Fecal Transplants

C. Difficile Infection Successfully Treated With Use of Frozen Material for Fecal Transplant

Faecal matter may be subjected to occult blood tests, microbiology tests, and chemical tests and can ...

Suffering from chronic fatigue syndrome? Find out what foods can help you deal with the symptoms of chronic ...