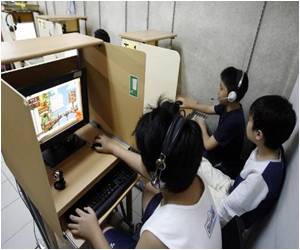 It is not how violent or non-violent a game is, but the feelings of failure or frustration arising from losing a game may make video gamers aggressive, reveals a study.

Such frustration is commonly known among gamers as "rage-quitting".

"When the experience involves threats to our ego, it can cause us to be hostile and mean to others," said Richard Ryan, a motivational psychologist at the University of Rochester in the US.


"When people feel they have no control over the outcome of a game, that leads to aggression," he explained.

The study is the first to look at the player's psychological experience with video games instead of focusing solely on its content.
Advertisement
"Any player who has thrown down a remote control after losing an electronic game can relate to the intense feelings or anger failure can cause," said Andrew Przybylski, a researcher at the Oxford Internet Institute at Oxford University.

The study involved nearly 600 college-aged participants. They were tasked with playing the games- both violent and non-violent variations-and then were tested for aggressive thoughts, feelings, or behaviours.

Across the experiments, researchers found it was not the narrative or imagery, but the lack of mastery of the game's controls and the degree of difficulty players had completing the game that led to frustration.

The study demonstrated that aggression is a negative side effect of the frustration felt while playing the video game.

The study appeared in the Journal of Personality and Social Psychology.

Children With Autism can Benefit from Playing Video Games
As the video game ends beaming kids give each other a high-five proving true what experts say, that ...