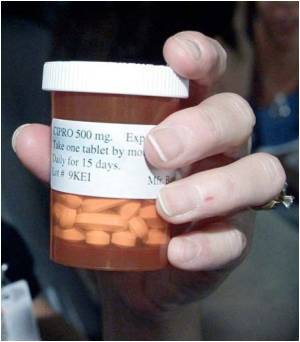 The Food and Drug Administration in the United States found itself in midst of a federal lawsuit after lawyers on behalf of death row prisoners claimed that it has to stop importing "illegal" drugs in order to carry out the executions.

Sodium thiopental is one of the three drugs used in executions in the country but has not been approved by the FDA. With the drug's sole supplier closed up shop, a number of states started importing the drugs in order to carry out the executions on time.

However the lawsuit alleges that the states have no right in importing suspect drug that has not been approved by the country's drug authority. The lawyers claimed that the lawsuit was not a method of delaying the executions but they wanted to put an end to illegal drugs being used in such lawful sentences.


"It just seems wrong to allow these suspect goods into the country in violation of federal law just because they're used on prisoners rather than law-abiding citizens", lead attorney Brad Berenson said.

Several drugs are either banned or withdrawn after introduction in the market.
Advertisement
<< Women Physicians Earn Less Than Male Counterparts
Children of Divorced Parents Most Often Stay With Mothers, ... >>

Post-Nasal Drip Drug Side Effects Calculator The Essence of Yoga Hearing Loss Calculator Sanatogen Blood Donation - Recipients Nutam (400mg) (Piracetam) Drug - Food Interactions Sinopril (2mg) (Lacidipine) Color Blindness Calculator
This site uses cookies to deliver our services.By using our site, you acknowledge that you have read and understand our Cookie Policy, Privacy Policy, and our Terms of Use  Ok, Got it. Close
×