Exposure to Nature can Improve Well-Being of Women in Prison 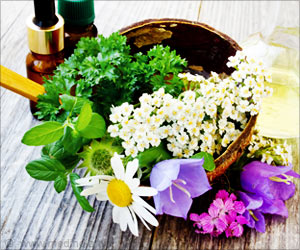 A short houseplant-potting workshop organized for the imprisoned women improved their moods, revealed a study published in the International Journal of Prisoner Health. According to the study, exposure to nature even for a brief time could improve the mental health and well-being of the imprisoned women.

To the women who participated, the one-hour activity was a respite, a little slice of nature they got to bring back to their cells. And the results of that experience, said Barb Toews, assistant professor of criminal justice in the Social Work and Criminal Justice Program at University of Washington Tacoma, suggest value in expanding such activities, replicating the research and, above all, demonstrating how interaction with nature can help achieve therapeutic and rehabilitative goals.
Advertisement
‘The women who participated in the workshop enjoyed the experience, and the exposure to nature uplifted their spirits.’

"So often when we think about research with people who are incarcerated, we focus on recidivism," said Toews, who collaborated with researchers from Iowa State University and Western Michigan University on the project. "This study shows there are so many other important things that happen beyond that.


"We don't always have to be thinking about what happens after release. People's quality of life while they're inside is also important, and how we create that environment for the sake of their well-being and relationships when they're there will hopefully spill out when they're released."
Advertisement
With a background in restorative justice  she has facilitated such dialogues and programs in communities and prisons for more than two decades  Toews has a particular interest in how environment affects people who are incarcerated, and how prison architecture and programs can be adapted to incorporate more contact with nature.

Other research on a variety of populations, not just those in prison, has shown that exposure to nature improves mental health and well-being. Long-term, nature-oriented programs for incarcerated people have been evaluated for their benefits: Horticulture classes, for example, have been associated with vocational and social skill-building, while interior design and programmatic enhancements to prisons, like windows and the availability of nature videos, have been linked to lower aggression.

Toews' interest led her to collaborate with her co-authors on the paper, Julie Stevens, a landscape architecture professor at Iowa State who designs and builds holistic landscapes for an Iowa women's prison, and Amy Wagenfeld, an occupational therapy professor then at Western Michigan. The team has been evaluating the impact of the prison landscape on women and staff.

The three realized that there has been less research on short-term programs, which can reach larger numbers of people and suit the limited resources of some institutions, Toews said. A desire to fill the gap served as the impetus for this study.

This study involved about a dozen women incarcerated in an Iowa state prison, all of whom lived in a support wing for inmates with moderate mental health diagnoses. The women spent an hour in a common area transplanting succulents and African violets into small plastic cups to take back to their rooms, and potting larger plants, such as ficus and Norfolk Island pine, into larger containers for display in a common area.

While the activity didn't require any gardening skill, it did involve social interaction and cooperation  no small task in a prison setting, Toews said. The participants completed written surveys about their emotional states before and after the planting party; five women also participated in interviews.

According to the surveys and the interviews, the women enjoyed the experience. The surveys provided emojis  a useful additional tool, Toews said, to help participants articulate their feelings. The women said the plants brightened their own rooms as well as the common area, and, for some participants, the event triggered positive memories or brought a sense of community. The women used words like "homey," "peaceful" and "calm" to describe how they felt, and how the greenery improved their surroundings.

How long those feelings lasted is unknown, Toews said. But even at one hour, the event had some impact on the women who participated, she added, and ideally, a facility could host a program, and a future study, on an ongoing basis.

"So often we run into people who say individuals who are incarcerated don't deserve things like this, that it's a luxury. But research shows it's a necessity, and how can we provide that necessity?" Toews said. "My interest is not just in how we can make prisons prettier or more humane, but how we can take this separation from the community and turn it into a space that promotes accountability and health, where people can feel accountable, rather than defensive, about what they've done."

Other studies could focus on different prison populations, Toews and her co-authors wrote, and include a control group to analyze the specific effects of a nature program on those who participate versus those who don't.

With preliminary support from the Washington State Department of Corrections and the Washington Corrections Center for Women, Toews is planning an upcoming study to examine how the outdoor environment might lessen fatigue among staff at the women's prison.

Colors and Moods
Study of the psychology of color, technically termed as chromology delves into the influence of ......