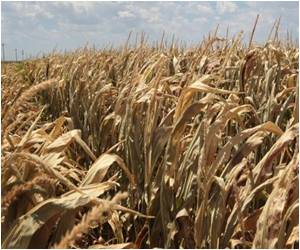 Exposure to common herbicide, which is used in United States, increases the risk of congenital abnormality of the nasal cavity known as choanal atresia.

The study by Dr. Philip Lupo, assistant professor of pediatrics - hematology/oncology at BCM and Texas Children's Cancer Center, is scheduled for publication in The Journal of Pediatrics.

Choanal atresia is a disorder where the back of the nasal passage is blocked by tissue formed during fetal development. It is a rare condition but can be serious because it affects a baby's ability to breath. It is typically treated through surgery.


Very few risk factors for choanal atresia have been identified, however chemicals that disrupt the maternal endocrine system may be associated with risk, according to Lupo. The study focused on atrazine, which is the most commonly used herbicide in the U.S. - especially in corn crops - and is believed to be an endocrine disrupter.

Data for the study was collected from the Texas Birth Defects Registry.

"Our results warrant more detailed exploration before any public health or policy-related recommendations are made," Lupo said, "but this study is a good first step in trying to understand the origin of this birth defect, including a possible role of atrazine."

Turner Syndrome
News Archive
News Resource
Advertisement
News Category
Can Monoclonal Antibody Prevent Malaria? First Monkeypox Case in a Child Confirmed in Germany Nip Bedsores in the Bud With a Self-monitoring Mattress Dementia Risk and Heart Defects: Are They Related? How to Decipher a Baby's Cry of Pain?
More News
Sign up for Wellness Consult a Doctor Sign up for Selfcare

Sinopril (2mg) (Lacidipine) Blood - Sugar Chart Noscaphene (Noscapine) Selfie Addiction Calculator Color Blindness Calculator Iron Intake Calculator Drug Interaction Checker Sanatogen The Essence of Yoga Find a Hospital
This site uses cookies to deliver our services. By using our site, you acknowledge that you have read and understand our Cookie Policy, Privacy Policy, and our Terms of Use