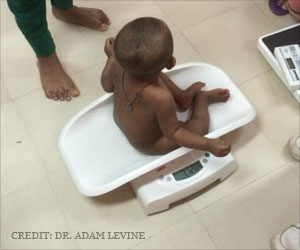 Bihar in India has the sixth highest mortality rate of children under the age of five. Bill and Melinda Gates Foundation awarded $23-million (Rs 153.5 crore), a five-year-old programme to fight childhood diarrhea and pneumonia in the state. Researchers from Duke and Stanford universities in the US and the University College of London evaluated the programme and found that the programme had little impact on disease prevalence or treatment.

The evaluation -- which the global advocacy running the programme says was incomplete -- indicates that parents in rural Bihar, a state with some of India's worst general health indicators, as IndiaSpend reported in August 2015, would only pay for services unavailable locally, preferring to otherwise visit unqualified practitioners, perhaps not recognizing that diarrhea and pneumonia were life-threatening.

Between July 27, 2015, and August 8, 2015, Asha workers will distribute ORS packets to every household with under-five children in remote areas.
Advertisement
‘Childhood diarrhea and pneumonia are preventable and treatable, but they killed about 300,000 children under five in India in 2015. ’

Less than three percent of children with diarrhea and pneumonia visited medical professionals from the World Health Partners (WHP) Sky Programme, which trains thousands of informal health providers and connects them to patients by telemedicine to create a network of franchisees to more effectively treat diarrhea and pneumonia, the leading killers of children under five in Bihar.


"There are a number of likely reasons why the programme failed to have an impact," said Manoj Mohanan, assistant professor of public policy and economics at Duke University's Sanford School of Public Policy and co-author of the evaluation published in the October 2016 issue of Health Affairs, a global health-policy journal. "Most importantly, the business model was based on untested assumptions about demand -- not only practitioners' willingness to pay to join the network, but also the level of demand for care provided by members in the network."

Nearly one in four healthcare workers' hands were contaminated with Clostridium difficile spores after routine care of patients infected with bacteria, finds a new study.
Advertisement
WHP, an international health advocacy, responded that the evaluation was completed in December 2014, when the programme had completed only two of its five years. WHP Country Director Prachi Shukla said similar projects addressing tuberculosis, ante-natal care and family planning in Rajasthan and Bihar were working successfully.

"The larger conclusion for us and for persons looking at ways of using technologies and management systems to deliver care to rural community is this: For curative services that are considered simple such as diarrhea and pneumonia, the rural community is quite happy with what they get locally and are not willing to access from city doctors at higher prices. But for some other services which the rural providers don't offer, the community is willing to pay more," Shukla told IndiaSpend over email.

Childhood diarrhea and pneumonia are preventable and treatable, but they killed about 300,000 children under five in India in 2015, the world's highest such death toll, according to this John Hopkins Bloomberg School of Public Health report. Up to 10.7% of children in Bihar suffered from diarrhea and 6.8 per cent suffered from acute respiratory illnesses two weeks before the survey, according to data from the National Family Health Survey, 2015-16.

On its website, WHP said it had engaged 10,000 rural medical practitioners in the Sky programme and had treated 2.7 million children with diarrhea and 4.1 million with pneumonia. The programme got global recognition at the 2013 World Economic Forum and was given the Schwab Foundation Award, 2013, Skoll Award 2013, and 2015 Asian Award.

Less than one in four parents visited a medical doctor

They also found there was "overall no significant" improvement in the children receiving care for either diarrhea or pneumonia through the programme.

"Future efforts in social franchising that aim to deliver higher quality health care services might want to first rigorously test their assumptions about demand among potential franchisees, and the patients' willingness to pay for improvements in quality of services provided," Mohanan noted.

These findings are also relevant to the telemedicine market, expected to reach Rs 200 crore by 2020, according to a 2016 report by the Associated Chambers of Commerce of India. The government also launched the National Telemedicine Network in 2016 to provide healthcare to remote locations by upgrading government healthcare facilities nationwide.

From July 27, medical staff will visit homes in every hamlet to check on kids younger than 5 years and also conduct workshops and exhibitions for new mothers.
Advertisement
<< Postmenopausal Women are Unaware of Vulvar Symptoms and Trea...
New Non-Invasive Method Predicts the Risk of Severe Liver Di... >>

Every year around 140,000 children in India at the age of 5 years and below die due to diarrhea and dehydration though it can easily be treated.

Pregnancy Confirmation Calculator How to Reduce School Bag Weight - Simple Tips A-Z Drug Brands in India Iron Intake Calculator Calculate Ideal Weight for Infants Blood - Sugar Chart Vent Forte (Theophylline) Indian Medical Journals The Essence of Yoga Hearing Loss Calculator
This site uses cookies to deliver our services.By using our site, you acknowledge that you have read and understand our Cookie Policy, Privacy Policy, and our Terms of Use  Ok, Got it. Close
×