European Cheese Firms Attempt To Popularize Cheese Amongst The Chinese 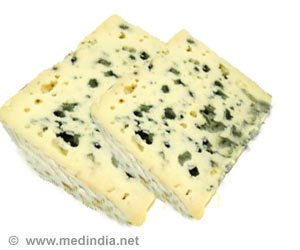 China has already become Bordeaux's largest export client after a recent wine boom. European cheese producers are now hoping Chinese consumers will indulge in a slice of fromage with their glass of red.

Leading cheese makers from Europe gathered in Hong Kong from Thursday for the city's International Cheese Festival, with 120 high-quality products on show and masterclasses from experts, including how to match cheese and wine.

While dairy is not a traditional feature of Chinese cuisine, leading French producer Philippe Marchand said cheese is not just the preserve of the West.


"Historically you have to know that cheese has always existed since antiquity," he told AFP. "We even find traces of cheese in China. It's not a purely French, Dutch or Italian product. Cheese is a universal delicacy."
Advertisement
Inspired by Japan, which already receives imports of his cheese, Marchand has created a fresh goat cheese combined with the heat of wasabi -- the fiery flavoured condiment often used in sushi.

The festival at the luxury Hullett House Hotel also saw prospective cheese converts sampling the likes of Sardinian Pecorino, Remeker Puur from the Netherlands and Barwheys cheddar from Scotland.

In its third year, the event is growing in popularity with 10,000 visitors expected over the four-day festival, which ends on Sunday.

"We found the Asian people very open and very interested in all kinds of cheeses," she said. "So in some sense, it's maybe a more open market for us. Perhaps in Europe where we come from, people are more tied in their own traditions, and therefore a bit more certain about the cheeses that they like."

For Hong Kong lawyer Tina Li, who attended the show, it has taken a while to come round to the flavours of fromage, but now she is a fan.

"It took me quite a few years to actually warm up to this particular food item, because I never grew up eating it. But I tried it in Canada and I've had a lot of it when I was living abroad. So now I love it."

"It always brings me good memories. I've been to a cheese farm in the Netherlands, Amsterdam. And I loved the environment of making cheese, I loved the people telling stories about cheese, from the goat or the cow."

European producers are hoping to replicate China's conversion to wine in the past 10 years to become one of the largest consumers and importers in the world.

In 2012 China (including Hong Kong) was the third-largest consumer of French wine, behind the United States and Britain.

Analysts have predicted that China will become the world's largest wine-consuming nation within 20 years, overtaking the US.

Pick The Right Cheese
Cheese is a good source of calcium and protein. A small cube of it can be an apt high protein snack ...

Surprising Benefits of Dairy
Past studies have linked dairy foods to good bone health. Nevertheless newer studies are being ......