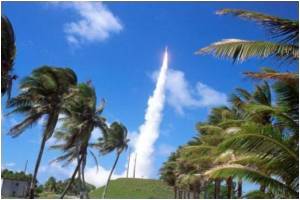 Orcus Patera, an enigmatic elliptical depression near Mars's equator, in the eastern hemisphere of the planet, has baffled scientists for a long time now.

The term 'patera' is used for deep, complex or irregularly shaped volcanic craters such as the Hadriaca Patera and Tyrrhena Patera. However, despite its name and the fact that it is positioned near volcanoes, the actual origin of Orcus Patera remains unclear.

Defying the old adage promoted in 1992 bestseller 'Men are from Mars, Women are from Venus', a new book has claimed that the two genders are actually from the same planet.
Advertisement

One theory is that originally a round impact crater; it may have been deformed by compression forces. Alternatively, it could have formed after the erosion of aligned impact craters.


However, the most likely explanation is that it was made in an oblique impact, when a small body struck the surface at a very shallow angle.

Men are from Mars and Women are from Venus but Flies Do Not Follow This Rule!!!

A new study on flies have said that the male and female are equipped largely unisex brain.
Advertisement
Numerous rift-valley-like structures called 'graben' cut across its rim. Within the Orcus Patera depression itself, the large graben are not visible, probably having been covered by later deposits.

But smaller graben are present, indicating that several tectonic events have occurred in this region and also suggesting that multiple episodes of deposition have taken place.

The occurrence of 'wrinkle ridges' within the depression proves that compressive forces as well as extensional forces would be needed to create graben.

Keen to secure their careers or uncertain of their future in a still-poor region, Eastern Europe's women are reluctant to have babies, in stark contrast to communist times when high
Advertisement
<< Reproductive Functions of Water Organisms Harmed by Fertili...
Study Says Vaccine Reduces Child Cases of Bacterial Pneumon... >>

Tourette Syndrome
News Archive
News Resource
News Category
Milestone In Voluntary Blood Donation Achieved Samsung Reinvents Toilet for the Poor Which is a Better Form of Exercise: Daily or Weekly? First Phase of Foot-and-Mouth Disease Vaccination Shocking News: Polio Cases Return After a Decade in the US
More News
Sign up for Wellness Consult a Doctor Sign up for Selfcare