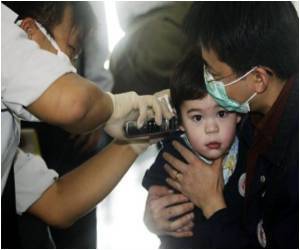 It is now clear that neglected infections of poverty are the latest threat plaguing the poorest people living in the Gulf Coast states and in Washington, D.C.

These are the conclusions reached by Dr. Peter Hotez, Distinguished Research Professor and Chair of the Department of Microbiology, Immunology, and Tropical Medicine at The George Washington University and President of the Sabin Vaccine Institute, in an editorial published in the open-access journal PLoS Neglected Tropical Diseases on March 29th.

Hotez explains that current post-hurricane conditions in the Gulf coast states coupled with the BP oil disaster and extreme levels of poverty make these areas extremely vulnerable to neglected infections of poverty. Conditions such as dengue hemorrhagic fever and other vector borne neglected infections, like Chagas disease and cutaneous leishmaniasis, as well as non-vector borne neglected infections like trichomoniasis and toxocariasis, are affecting the people living in the region. Additionally, Hotez notes that Washington, D.C. is also among the worst U.S. cities in terms of life expectancy and health index, meaning its residents suffer from the lowest incomes, lowest educational attainment, and shortest life expectancy. Despite the fact that these conditions are triggers for neglected infections of poverty, no surveillance data currently exists to reflect their prevalence. Even trichomonaisis, which is extremely common in Baltimore, MD., has not been tracked.


"Because these infections are serious problems that perpetuate poverty, I am extremely concerned about the welfare of the people in these regions. The threat of dengue fever infections and the prevalence of parasitic infections are a reality for tens of thousands in our country, and we must urgently address them through active surveillance programs, implementing studies to examine the mechanisms of transmission in poor communities, and bolstering our efforts to control or eliminate these infections through treatment or vaccination. A national plan to help these people is critical," says Hotez.

Leucopenia / Leukopenia is a decrease in the number of total white blood cells found in blood. The normal total white cell count is 5000-10000 per cubic millimeter.
Advertisement
Some neglected infections of poverty have been plaguing the people of our nation for some time, without being monitored. Others, like dengue fever, are emerging in our country for the first time in decades, says Hotez. While new legislation will soon be introduced on Capital Hill, Hotez noted that little has changed in the past several years to address these diseases. His editorial stresses the importance of implementing programs that will address these health disparities that exist in our country.
Source: Eurekalert
Advertisement
Advertisement