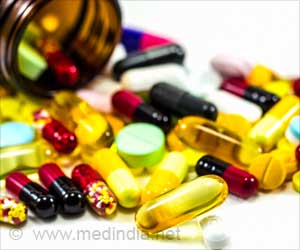 Clinical trial to investigate whether hypertension drug Ramipril helps reduce the severity of COVID-19 infections, lower rates for intensive care unit admissions, the use of mechanical ventilators and all-cause mortality was launched by University of California San Diego School of Medicine researchers.

The trial will be randomized, double-blind and placebo-controlled, the gold standard for clinical trials. It will involve multiple sites, with the University of California San Diego as coordinating institution. Up to 560 participants will be recruited, either presenting with COVID-19 symptoms at emergency departments or currently hospitalized with the disease caused by the novel coronavirus, SARS-CoV-2. The trial is expected to run one year.

Coronaviruses infect animals, humans, and birds. Human coronaviruses, such as SARS, MERS, and 2019-nCoV cause respiratory distress and even death. The S protein is the infectious agent of the virus.
Advertisement
‘New clinical trial to investigate whether hypertension drug ameliorates COVID-19 severity was launched.’

"There are no approved, proven treatments yet for COVID-19, which has infected millions worldwide and killed nearly 200,000, with the end of the pandemic nowhere in sight," said the study's principle investigator Rohit Loomba, MD, professor of medicine and director of the NAFLD Research Center at UC San Diego School of Medicine. "We're investigating whether drugs called ACE inhibitors might be part of the remedy."


Like freckles, the angiotensin-converting enzyme2, more commonly called ACE2, sits atop the outer membrane of cells in the lungs, arteries, heart, kidney and intestines where it acts as a counter-balance to another ACE, with the ultimate result of helping regulate and lower blood pressure.

Virtual Urgent Care Appointments on the Rise During COVID-19

A rapid increase in "virtual" visits during the COVID-19 pandemic could transform the way physicians provide care in the United States going forward, revealed new study.
Advertisement
That function has made it a promising drug target for treating a variety of cardiovascular diseases and other conditions, such as diabetes and chronic kidney disease. These drugs work because they suppress ACE activity in tissues, reducing constriction of blood vessels, inflammation and oxidative stress, which can kill cells.

Indeed, drugs like Ramipril, and other so-called ACE inhibitors approved by the Food and Drug Administration, have become first-line therapies for managing patients with hypertension and reducing the risk of myocardial infarction, heart failure, stroke and death from cardiovascular causes.

But there is dark side to ACE2. The receptor is also the cellular entry point for coronaviruses, both SARS-CoV-1, which caused a pandemic in 2002-2003, and SARS-CoV-2, which causes COVID-19, currently plaguing the planet.

COVID-19 is known primarily as a respiratory disease, but it is capable of inflicting cardiac harm too, especially in persons with pre-existing cardiovascular damage. They are at greater risk for grievous harm and death.

The use of ACE inhibitors boosts the expression and abundance of ACE2 receptors, and thus potentially increases the number of portals for SARS-CoV-2 to enter cells throughout the body  and thus theoretically ratchet up the severity of the disease. Some scientists posit that patients who take these drugs may be at greater risk for COVID-19 infection and worse outcomes. They point to a Chinese study, early in the Wuhan outbreak, that found more severe disease outcomes in patients with hypertension, coronary artery disease, diabetes and chronic renal disease. These scientists fear ACE inhibitors might be the coronavirus's best friend, albeit unwittingly.

"These arguments linking ACE inhibitors to COVID-19 risk are indirect and limited," said Loomba. "Age appears to be the primary risk factor for COVID-19 and high blood pressure is quite prevalent in people over the age of 60."

Loomba and colleagues argue, in contrast, that there is compelling evidence to suggest ACE inhibitors likely help reduce COVID-19 mortality by reducing severity of disease, the need to admit patients into intensive care units or place them on invasive mechanical ventilator support to assist breathing.

ACEs function as part of the renin-angiotensin-aldosterone system or RAAS, which regulates blood pressure, plus the balance of water and sodium in and around cells, which is crucial to their function and that of tissues like muscles and nerves.

"Our hypothesis is that ACE inhibitor drugs help keep the RAAS system in balance and functioning optimally," said Loomba. "SARS infections create an imbalance, triggering feedback loops that promote inflammation and injury  a vicious cycle of pathological consequences that wrack the lungs, heart and other organs, and kill."

The trial is envisioned to include sites across the country, including in the states of New York, New Jersey, Massachusetts, Washington, Texas and Illinois. Some states, such as California, will have multiple locations.

Tocilizumab, the drug used to treat rheumatoid arthritis might also have therapeutic value for COVID-19 patients who have developed or at high risk of developing serious lung damage from SARS-CoV-2 infections.
Advertisement
<< Smart Tips for Gardening During a Crisis Revealed
New Guidance for Treating Stroke Patients During Coronavirus... >>