A new study shows that increasing awareness about the value of educating girls and providing support for their education can help delay the age of marriage for extremely vulnerable girls.

The four strategies tested are: community conversations (informing communities about the dangers of child marriage using community meetings and the engagement of religious leaders); supporting girls' education with cost-effective efforts, such as providing girls with school supplies or uniforms; providing conditional economic incentives to families for keeping girls unmarried, such as chickens or a goat; and combining all these approaches.


The study found that strategies to delay child marriage that are designed to be simple and sustainable work best.

"Our research shows that the best approaches to delay child marriage are those that elevate girls' visibility and status in their families and communities, build their skills and knowledge, and are cost-conscious and economical," said lead researcher Annabel Erulkar, senior associate at Population Council, a US-based nongovernmental, nonprofit organization.

"For less than $20 per girl, we can prevent a child in Ethiopia from getting married before she turns 15," Erulkar said in a statement released by Population Council.

In Ethiopia, it was possible to significantly delay child marriage with the following interventions:

In communities where girls were offered educational support, girls 12 to 14 were 94 percent less likely to be married at the end of survey (endline) than were girls in that age range at the beginning of the survey (baseline).

In communities where girls were offered two chickens for every year they remained unmarried and in school, girls aged 15-17 were half as likely to be married at endline than were girls in that age range at baseline.

In communities that were engaged in conversations about the value of educating girls and the harms of child marriage, girls 12 to 14 were two-thirds less likely to be married at endline than were girls in that age range at baseline.

In communities where all the strategies were employed, girls 15 to 17 were two-thirds less likely to be married at endline than were girls in that age range at baseline.

659 Cases Registered Under Child Marriage Act in Gujarat but Nobody Convicted Yet
Unlike in Gujarat, verdicts have been pronounced in 23 cases of 603 reported cases of child marriage in Maharashtra with 580 cases pending from 2013-14.
READ MORE

Child Marriages Continue to Thrive in Bihar
Fifteen-year-old Anita Kumari's dreams came to a halt when she was forced into the age old custom of child marriage.
READ MORE 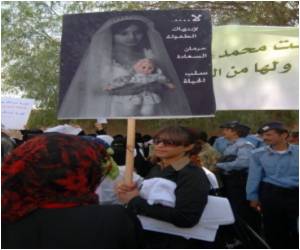 Higher Child Marriage Rates Associated With Higher Maternal and Infant Mortality: Researchers
Researchers report that countries in which girls are commonly married before the age of 18 have significantly higher rates of maternal and infant mortality.
READ MORE 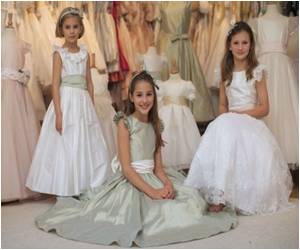 How to Save your marriageDivorce: Pros and ConsIs Life Better Staying Single or Getting Married?Christianson Syndrome