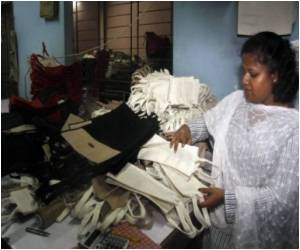 Jute, a vegetable fibre that is spun into coarse threads, was once known as the "golden fibre" of the British Empire when the Indian sub-continent was ruled from London. 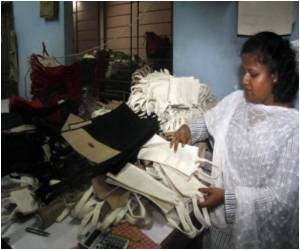 Asma Mohabub Moni, inspects jute bags at her factory in Mymensingh, some 120 kms north of Dhaka 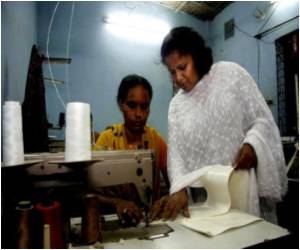 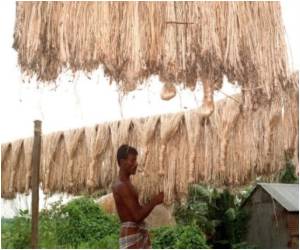 A farmer separates jute fibres, being dried in a village near Dhaka 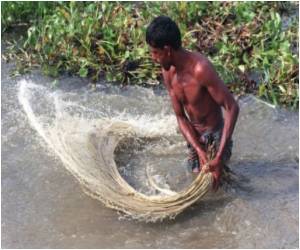 The material's long decline was hastened in the 1980s with the advent of synthetic fabrics, but the trend is being reversed due to growing opposition to the litter and pollution caused by plastic bags.


Jute exports from Bangladesh have surged -- up 70 percent year-on-year in 2010 -- with the fibre now the country's second largest export after garments.

At the Milan International Furniture Fair the focus is on eco-friendly, more affordable furniture as designers seek to woo green-minded consumers with smaller budgets in tough economic times.
Advertisement
"We are exporting millions of jute bags to eco-friendly foreign buyers who want the finest products made of top quality material," Asma Mohabub Moni, a 29-year-old Bangladeshi entrepreneur and jute promoter, told AFP.

"I'm always busy now. I'm preparing an order for 700,000 jute bags from a Japanese buyer, and I have regular orders from a UK-based company which wants the best jute bags available," she said.

Jute cloth, also called hessian in Europe or burlap in North America, is environmentally friendly to produce, bio-degradable, versatile and cheap, making it a popular alternative to plastic bags.

In 2002 Bangladesh became one of the first countries to ban plastic bags, with China following in 2008, and last month California passed a ban covering pharmacies, groceries and convenience stores.

Some cities and states in India have recently tried to follow suit -- with limited success -- and many shops in Europe impose a levy on every plastic bag used.

For Moni and the estimated four million Bangladeshi farmers who cultivate jute, the worldwide change in attitude is good news.

She said international demand for eco-friendly jute shopping bags has grown exponentially, with her own business, based in the northern town of Mymensingh, expanding from 15 to 850 employees in the last six years.

And Western consumers' preference for "fair trade" products has meant Bangladeshi jute farmers are, for the first time, getting a good price for their crop.

"More farmers are interested in growing jute now than they were 10 years back and I think that trend will continue if we get better prices," he added.

In 2002, after sustaining decades of losses, the government shut down the country's largest state-run jute mill which employed nearly 25,000 people.

Its closure was widely seen as the final chapter in the story of jute production in Bangladesh.

"The decline started in the 1980s when the world, especially European countries, switched to synthetic fibres," said A. Barik Khan, secretary of the Bangladesh Jute Mills Association.

"But now consumers have understood the negative impacts of cheap synthetic fibres, and this has improved the potential for jute exports from Bangladesh, which has long been known for its good quality product."

Bangladesh occupies much of the river Ganges delta plain -- fertile land perfect for growing jute -- and last year exported 547 million dollars worth of jute goods, according to official statistics.

"Jute has a huge future as an export for Bangladesh," said Latifa Binte Lutfar of the Dhaka-based International Jute Study Group (IJSG).

The fibre can be used in any sector from handicrafts to engineering, Lutfar said, citing the more than 2,000 tonnes of jute that Bangladesh exports to Australia each year for use in erosion control and civil engineering projects.

With the new boom in demand, the IJSG is looking into developing high-yield varieties of jute seed, which will help Bangladesh -- one of the most densely populated countries on earth -- boost supply.

One recent sign of how production is evolving fast came when Bangladeshi researchers announced last week that they had decoded jute's genome sequence.

Prime Minister Sheikh Hasina told parliament that the achievement was a "glorious event" for the country.

"With this discovery, jute could regain its lost glory as the world's golden fibre," she said.

A new research has determined the importance of school children in developing more sustainable communities, revealing that kids are not only passionate about environmental issues,
Advertisement
<< Car Accident Risk Trebled By Just One Alcoholic Drink
Erectile Dysfunction Linked to Chronic Diseases in Men >>

A Welcome Initiative to Spread Awareness on Environment

The ITCWelcome Group, which has 14 five-star hotels across the country, have phased out plastic bags and are using biodegradable bags for garbage collection.

Find a Doctor Color Blindness Calculator The Essence of Yoga Pregnancy Confirmation Calculator Find a Hospital Noscaphene (Noscapine) Drug Side Effects Calculator Nutam (400mg) (Piracetam) Indian Medical Journals Daily Calorie Requirements
This site uses cookies to deliver our services.By using our site, you acknowledge that you have read and understand our Cookie Policy, Privacy Policy, and our Terms of Use  Ok, Got it. Close
×